Their dedication and commitment to the work of the RFDS is vital – they are the Flight Standards Team of pilots who ensure the Flying Doctor remains airborne.

And now they’ve been recognised internationally for their efforts.

The Flight Standards Team at the Royal Flying Doctor Service (Queensland Section) (RFDS) have been announced as this year’s recipients of the Honourable Company of Air Pilots’ (HCAP) Captain John Ashton Memorial Award. 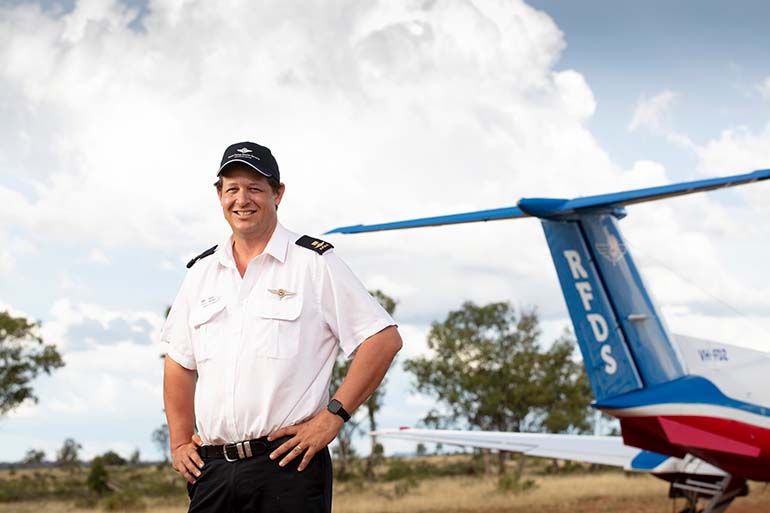 “Every year, HCAP, a London-based organisation which promotes good airmanship, presents the award in recognition of ‘a pilot or organisation for an outstanding contribution to flight standards and aviation safety within Australia’,” she said.

“I’m thrilled that the hard-working RFDS (Queensland Section) Flight Standards Team, overseen by our Head of Flying Operations, are this year’s award winner.

“This recognition highlights the commitment of the team to ensuring the ongoing training of our pilots, the development of our training systems, and the provision of safe operations under the trying conditions in which we operate.”

Head of Flying Operations Shane Lawrey said the award was an outstanding achievement for the team and the organisation as a whole.

“The HCAP presents this award each year in recognition of outstanding achievements in aviation worldwide and we are honoured to receive the award for the year of 2021,” he said.

“I would like to congratulate the team for their ongoing dedication. Their work ultimately ensures our medical crews can continue to deliver the finest care to the furthest corner safely.”

Expressions of Interest are currently open for Aeromedical Pilots to join the Flight Standards Team in Queensland.