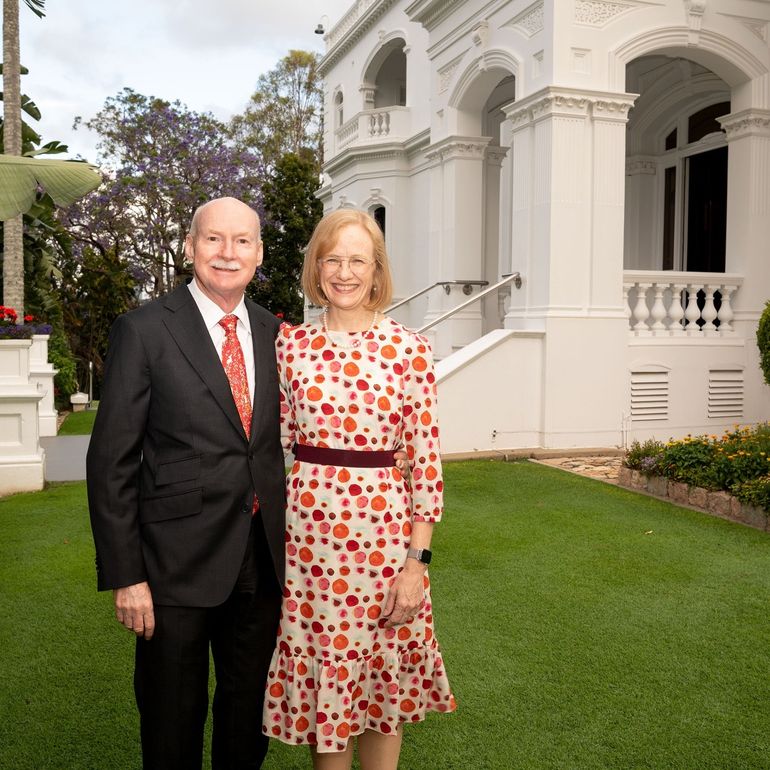 Her Excellency was sworn-in as the 27th Governor of Queensland on 1 November 2021.

Dr Jeannette Young and her husband, Professor Graeme Nimmo are proud to serve all Queenslanders.

In August 2005, the Governor was appointed to the role of Chief Health Officer for Queensland, with responsibility for leading the State’s preventative health and public health agendas, including response to public health emergencies. In January 2020, when the COVID-19 virus outbreak was declared a pandemic, the Governor became the State Health Incident Controller.

During her medical career, Dr Young had specialist qualifications as a Fellow of the Royal Australasian College of Medical Administrators and as a Fellow by Distinction of the Faculty of Public Health of the Royal College of Physicians of the United Kingdom. She was also appointed Fellow of numerous other eminent education and research institutions, has received honorary doctorates from two Queensland Universities, and has received an Australia Day Achievement Medallion, as well as a Public Service Medal.

Professor Nimmo Nimmo recently retired after a distinguished medical career spanning more than four decades, including 19 years as State Director of Microbiology for Pathology Queensland. He currently holds a professorial position in medicine at Griffith University.

RFDS in your state – QLD