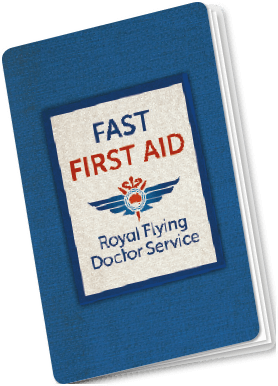 Every day lives are lost when people are injured and no one with them knows first aid.

Do you know what to do in an emergency?

What we do in QLD

The RFDS's emergency retrieval service operates 24 hours a day, seven days a week, delivering the finest care to more than 290,000 Australians each year, that's one person every two minutes. This iconic service has expanded to provide regular transfers of patients for life-saving surgery such as organ transplants and heart surgery, delivering critical support to those who need it most.

Every day lives are lost when people are injured and no one with them know first aid. Knowing what to do in an emergency could save a loved one's life.
More details 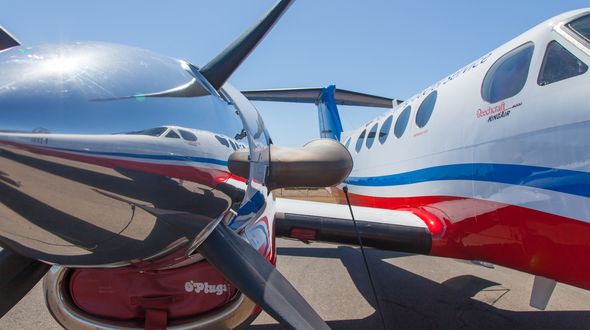 The Royal Flying Doctor Service (Queensland Section) (RFDS) has recorded its busiest year to date, with more than 98,000 occasions of care delivered across the state. 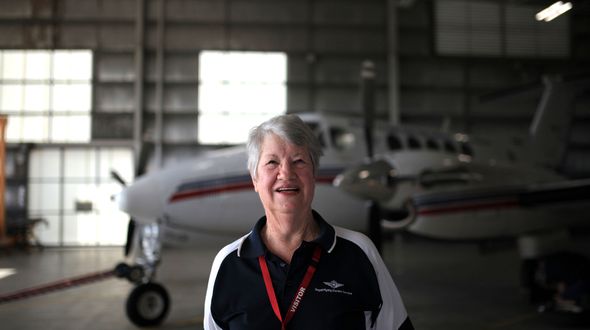 The joy and companionship that comes with giving back and a love for an iconic Australian charity has seen Gordon Park resident Val Marlow named Queensland Volunteer of the Year.

The RFDS Brisbane Base commenced operations out of Queensland Ambulance's Terminal at Brisbane Airport, on 3 July 1995, with the current base location commencing operations next door in 1998.

The Base is exclusively an emergency aeromedical base, providing retrieval and inter-hospital transfers. The terminal facilitates receipt of patients transported to Brisbane by the RFDS, as well as receipt of patients transported by other aeromedical providers such as Queensland and NSW Ambulance Services. Clinical coordination is provided by Queensland Health employed doctors and aircraft tasking by RSQ.

RFDS Bundaberg Base commenced operations on 4 March 2002 under a unique contractual agreement with Queensland Ambulance Service. The Base operates as an emergency retrieval base, incorporating aeromedical retrieval and inter-hospital transfer services.

RFDS Cairns Base commenced operations in 1972 following relocation from Charters Towers. It is the largest and one of the longest serving bases in the RFDS network.

The Charleville Base services approximately 622,000 square kilometres of southwest Queensland - an area almost the size of the United Kingdom - extending from the New South Wales border to the Northern Territory and South Australia borders in the west, and the Carnarvon Ranges in the east.

The RFDS commenced operation in Longreach in July 2004. The Longreach Base is "non-traditional" with its service delivery focusing on Social and Emotional Wellbeing, delivered through a drive-in-drive-out model. The service provides counselling, training and support using psychological interventions for the community. The base also works with other agencies within the five shires it covers, to promote an integrated response to meet the needs of the Central Western Region.

The RFDS Mount Isa Base services people living, working and travelling from the Gulf of Carpentaria in the north, the Northern Territory border in the west, Hughenden in the east and Bedourie in the south.

RFDS Rockhampton Base commenced operations in 1995 and operates as an emergency retrieval base incorporating aeromedical retrieval and inter-hospital transfer services.

The Patient Transfer Facility provides patients being transferred to and from Roma, with a more comfortable, family-friendly indoor waiting area for their carers, as well as disabled toilets and more privacy.

RFDS Townsville Base commenced operations in 1996. The services offered from this base includes aeromedical retrievals and primary health care services such as general practice.

Weekends and public holidays 10am to 4:30pm

Take a self-guided tour and explore the medical, aviation and communication advances which made John Flynn's vision of the Flying Doctor take off.

The exhibit includes a number of interactive and audio visual features. They take you on a journey from the humble beginnings of the RFDS (and its association with the Australian Inland Mission) through to present day operations.

The display includes a range of historical radio and medical equipment used by the Flying Doctors based here. There are also tributes to our aeromedical pioneers, patients and supporters, as well as a short film about today's RFDS.

Entry is free and donations are welcome.

When entering the Australian Stockman's Hall of Fame visitors will be greeted with an original RFDS aircraft, a Queen Air built in 1977 now meticulously restored and suspended in the atrium of the Hall. Gallery 4 at the Hall of Fame is devoted to the history of the Royal Flying Doctor Service with displays of radio and medical equipment from across the years. It also shows how the Flying Doctor works in the 21st century.

A highlight of the visitor centre is the full-size cutaway representation of a Beechcraft King Air B200, with the medical equipment that makes it a flying intensive care unit. You can even take a selfie in the pilot's seat. The display includes a number of interactive and audio visual features as well as sections on the Flying Doctor's medical, aviation and communication history. RFDS souvenirs can be purchased in the gift shop.