A partnership to last a long road 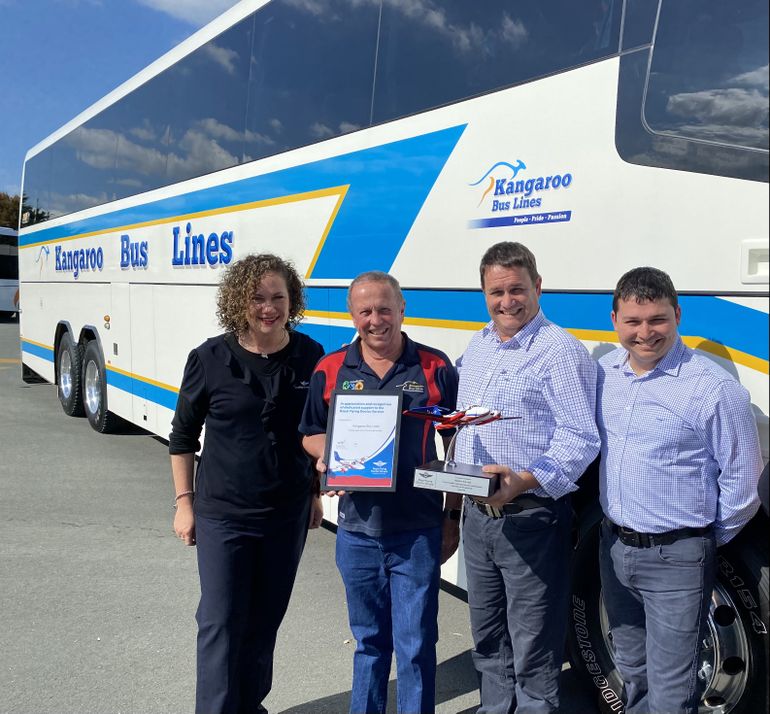 This year, the Royal Flying Doctor Service (Queensland Section) acknowledged a 10-year-long partnership with the Webster family, who own and operate Kangaroo Bus Lines in Brisbane’s north.

What started as a donation drive at the 2012 Birdsville Races has grown into the partnership it is today, whereby Kangaroo Bus Lines provides continued support to the Flying Doctor all across Queensland in whatever way they can.

Kangaroo Bus Lines play a vital role in transporting merchandise between Brisbane and rural Queensland. The bus drivers also encourage all passengers on their bus tours to support the RFDS through donations. On some tours, they even stop by the RFDS Charleville Base to expand passengers' knowledge of the life-saving work of the RFDS in regional, rural, and remote communities.

Lynda Inglis from the RFDS thanked the Kangaroo Bus Lines team for their unwavering dedication.

“The Webster family who own Kangaroo Bus Lines has been an incredible pillar of support for the RFDS, by raising gold coin donations from punters at the iconic Birdsville Races, and in recent years additional supporting the RFDS team with transporting merchandise and supplies to the Big Red Bash, the most remote music concert in the world,” she said.

“Their support doesn’t stop there; as part of their chartered regional tours, including school camps, they stop at the RFDS Charleville Base for the self-guided tour, where they encourage passengers to make a donation to our vital service. Their work is integral for keeping the Flying Doctor in the air.” 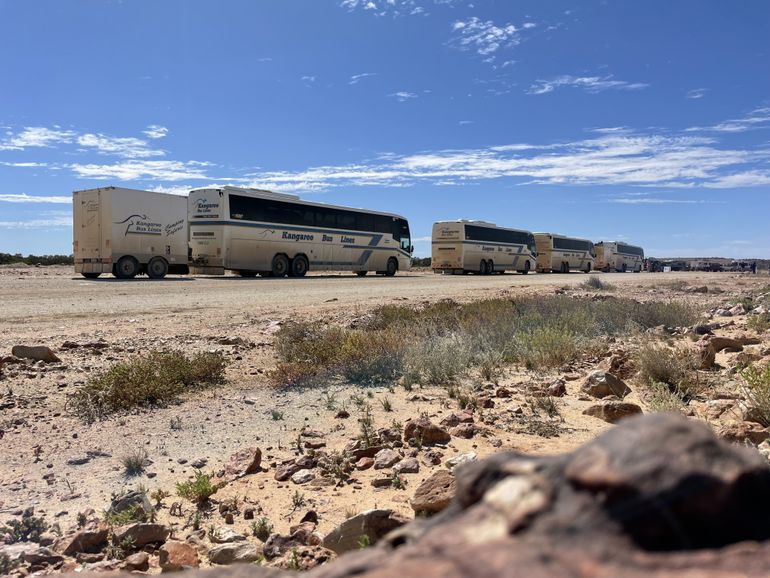 "The Royal Flying Doctor Service provides 24-hour emergency aeromedical services and primary health care to more than 290,000 rural and remote Australians every year. So, it’s important to us to continue to raise funds so they can continue to deliver their vital work," Mr Webster said.

Kangaroo Bus Lines is a family-owned and operated business in north Brisbane and has been within the Webster family for three generations.