Graphic: Doctor, Pilot, and Nurse stand in front of the B360 aircraft

The Beechcraft King Air B360, which first touched down in Australia last December, has now undergone a state-of-the-art fit-out at the Queensland-based HeliMods facility, transforming it into a flying intensive care unit.

The new aircraft will boost the Flying Doctor’s capabilities, with the world-leading technology onboard allowing crews to fly further and faster, enhancing comfort for patients, and reducing pilot workload.

RFDS (Queensland Section) Chief Executive Officer Meredith Staib said the new aircraft will be the first of seven B360s to join the RFDS fleet in Queensland.

“We’re extremely excited to launch the first of this ground-breaking new fleet, which is a key part of our 10-year aircraft replacement strategy to ensure our crews can continue to deliver first-class aeromedical care to Queenslanders," Ms Staib said.

“Like all RFDS services, this new aircraft and its innovative fit-out simply wouldn’t be possible without the support of Queensland Health and our amazing donors, fundraisers, and partners – so to each and every one of you, thank you for your incredible support.

“The new B360 fleet will enhance our inter-hospital transfer service, which provides the backbone to the Queensland Health Aeromedical System, and is delivered in partnership with the Queensland Government.” 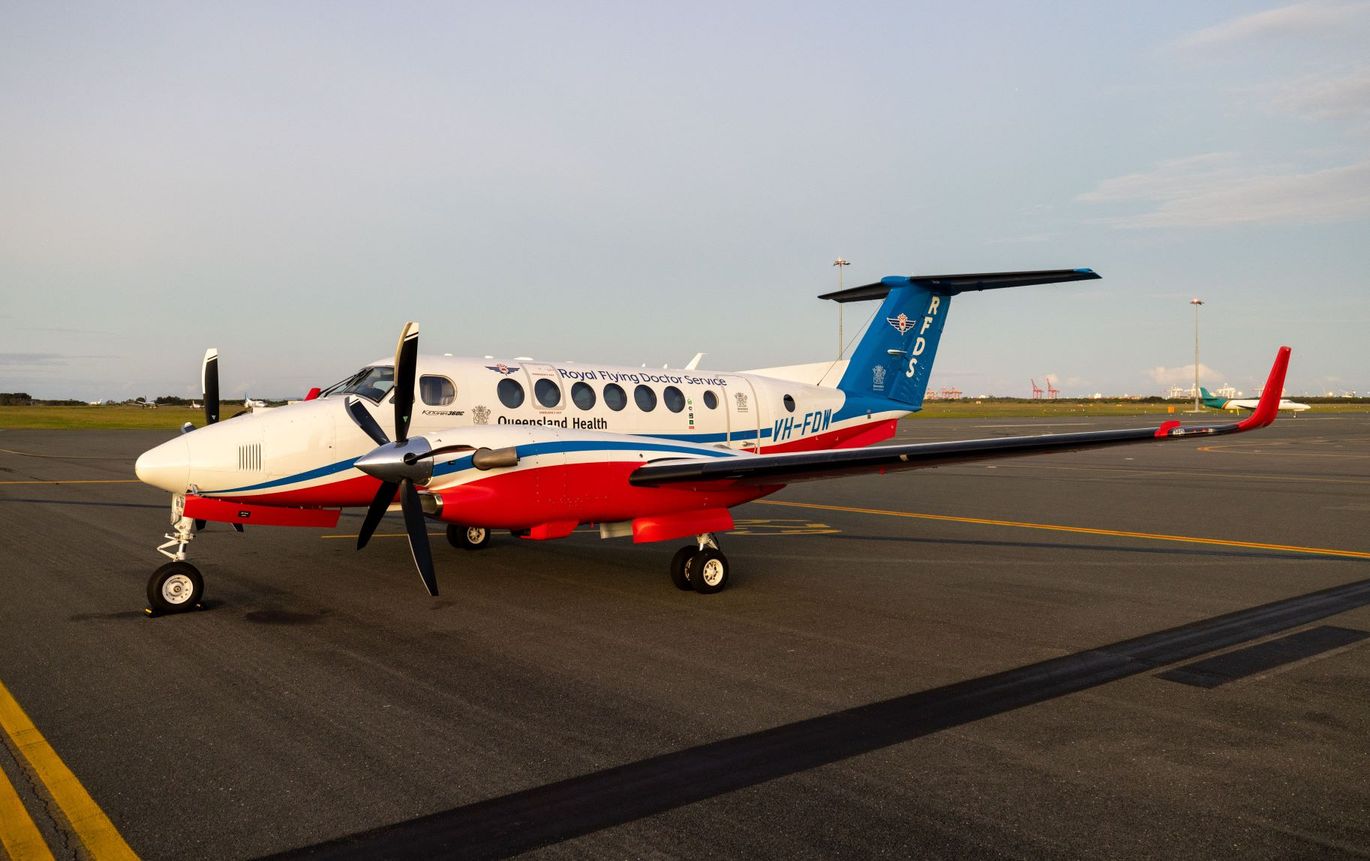 Minister for Rural Communities Mark Furner said the enhancement of the RFDS fleet was great news for people living in regional and remote areas of Queensland.

“Assets like these only enhance the capacity of this iconic organisation to help save lives, so keeping the RFDS fleet at the cutting edge of medical aviation is critically important,” Mr Furner said.

“I congratulate the RFDS on this important investment and for the work they do in connecting regional people to critical health services in Queensland.” 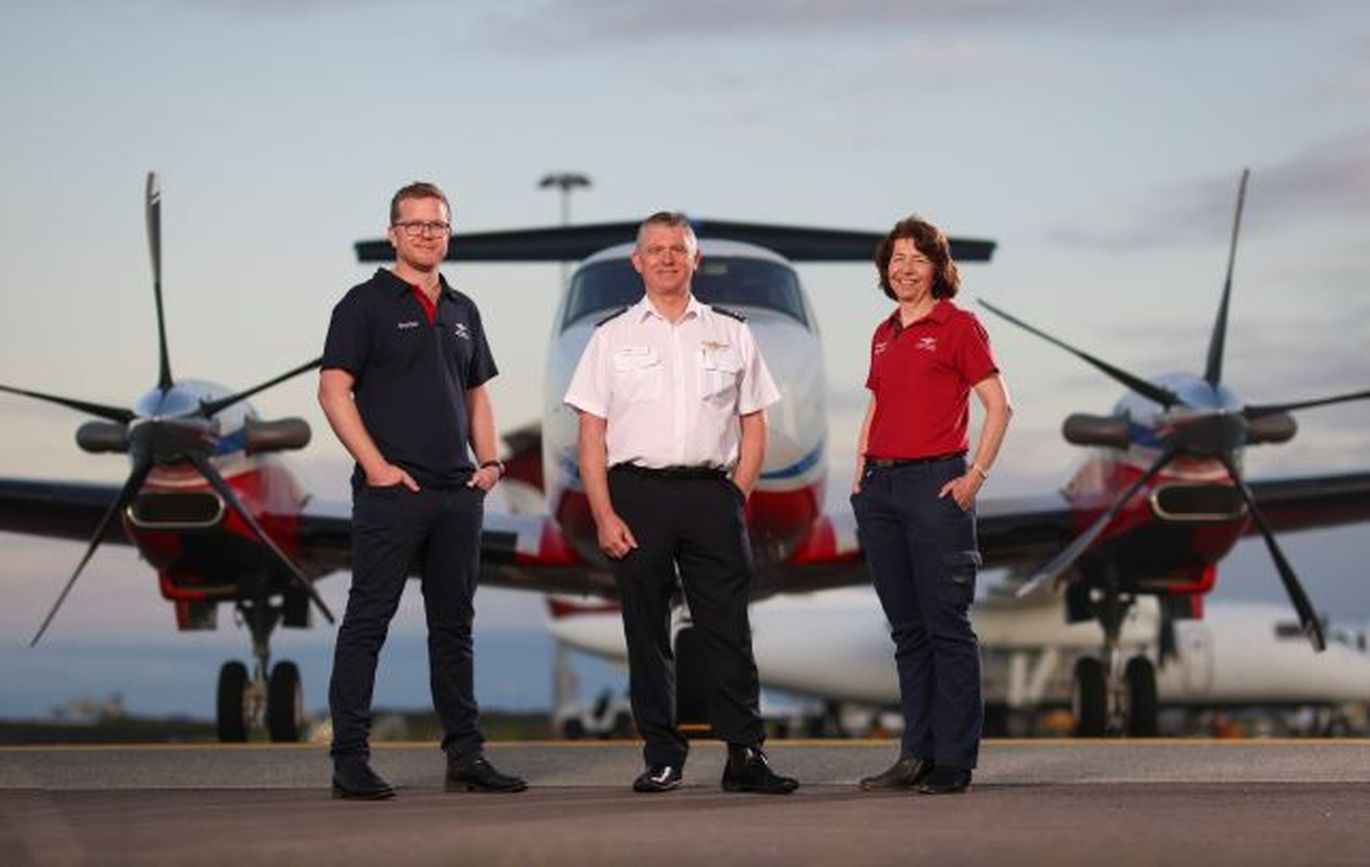 RFDS (Queensland Section) Head of Flying Operations Shane Lawrey said the new B360 will join the existing fleet of 20 King Air aircraft, which travelled more than eight million kilometres across Queensland in the past year.

“The B360 aircraft will be the fastest twin turboprop aeromedical King Air aircraft in the country,” Mr Lawrey said.

“Along with reducing pilot workload, the upgraded engines, five bladed composite propellers and anti-skid braking system will enhance aircraft performance and efficiency – allowing our crews to fly further and faster to reach patients. 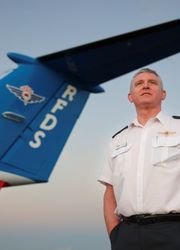 “Advancements in the cockpit, such as the digital pressurisation controller, will also increase the overall comfort for patients during a flight.”

RFDS (Queensland Section) Nurse Manager Aeromedical Training and Clinical Resources Maree Cummins said the cabin has been designed to provide the finest care in the air.

“The back of the cabin has been specially customised to make use of every inch of space and create an intensive care unit in the sky,” Ms Cummins said.

“The innovative stretcher system, which integrates seamlessly with Queensland Ambulance Service stretchers, is also a first-of-its-kind for fixed-wing aircraft in Queensland and will make it quicker and easier to transfer patients on and off the aircraft.

“While the integrated cabin concept includes a connected control system which will allow Flight Nurses and Doctors to monitor medical battery, oxygen capacity and flow rates, and control cabin lighting, while remaining seated.” 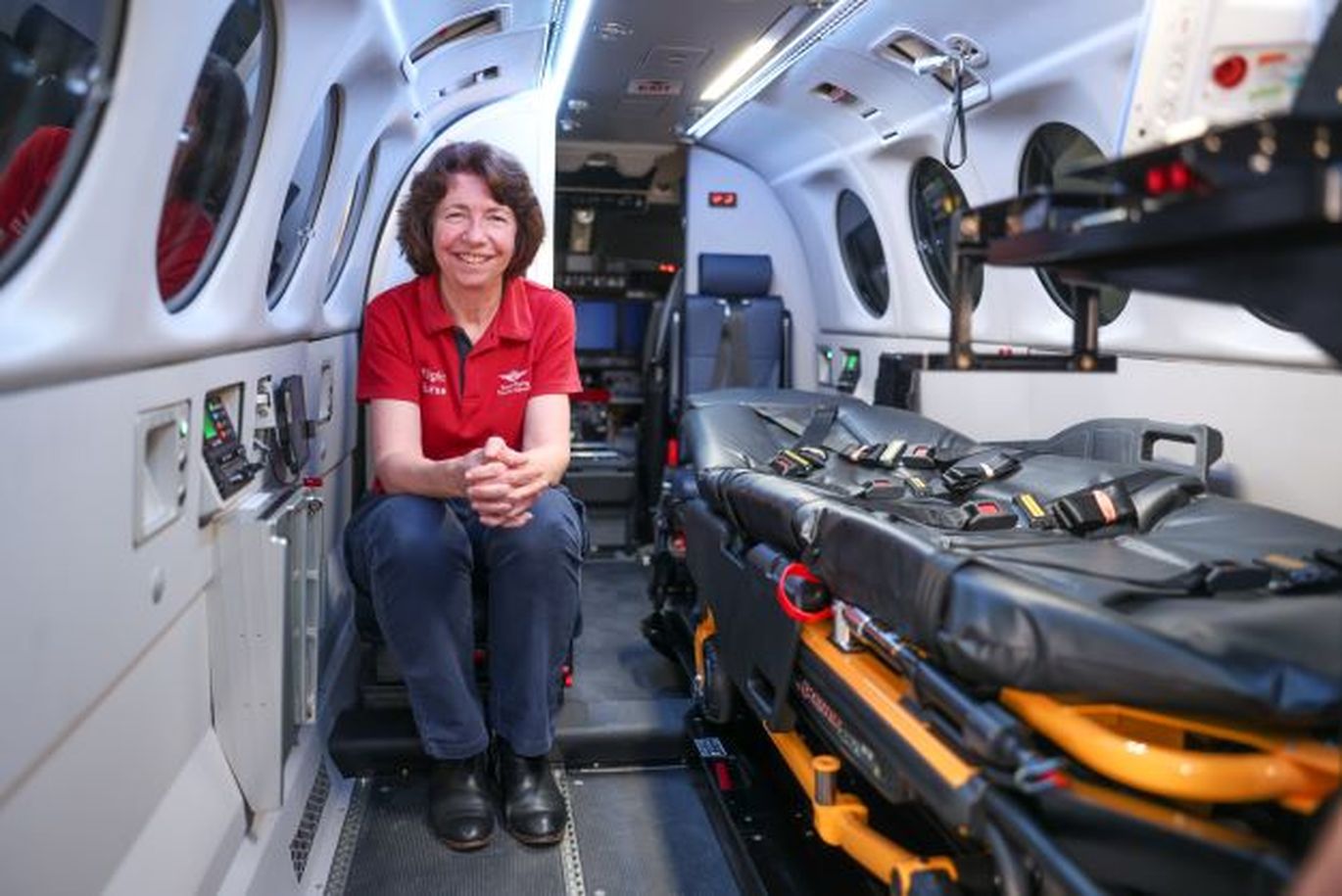 HeliMods Managing Director and Founder Will Shrapnel said his Queensland-based team has developed world-leading aeromedical technology that will transform how critical care is provided to those in need across our regions.

"We are incredibly proud to work so closely with the RFDS on what is such an important capability for Queensland today and into the future,” Mr Shrapnel said.

“Our team has put heart and soul into this collaboration developing new technologies that will not only improve patient outcomes but will also improve the working environment for the dedicated crews of the RFDS."

The aircraft unveiled today will come into operation next month, while a second aircraft has now arrived in Australia to undergo its fit-out. The remaining five aircraft will be ferried to Australia over the next eighteen months.

The Beechcraft King Air 360 is designed and manufactured by Textron Aviation in the United States.

For more information about the new B360 fleet go to rfds.co/B360aircraft. 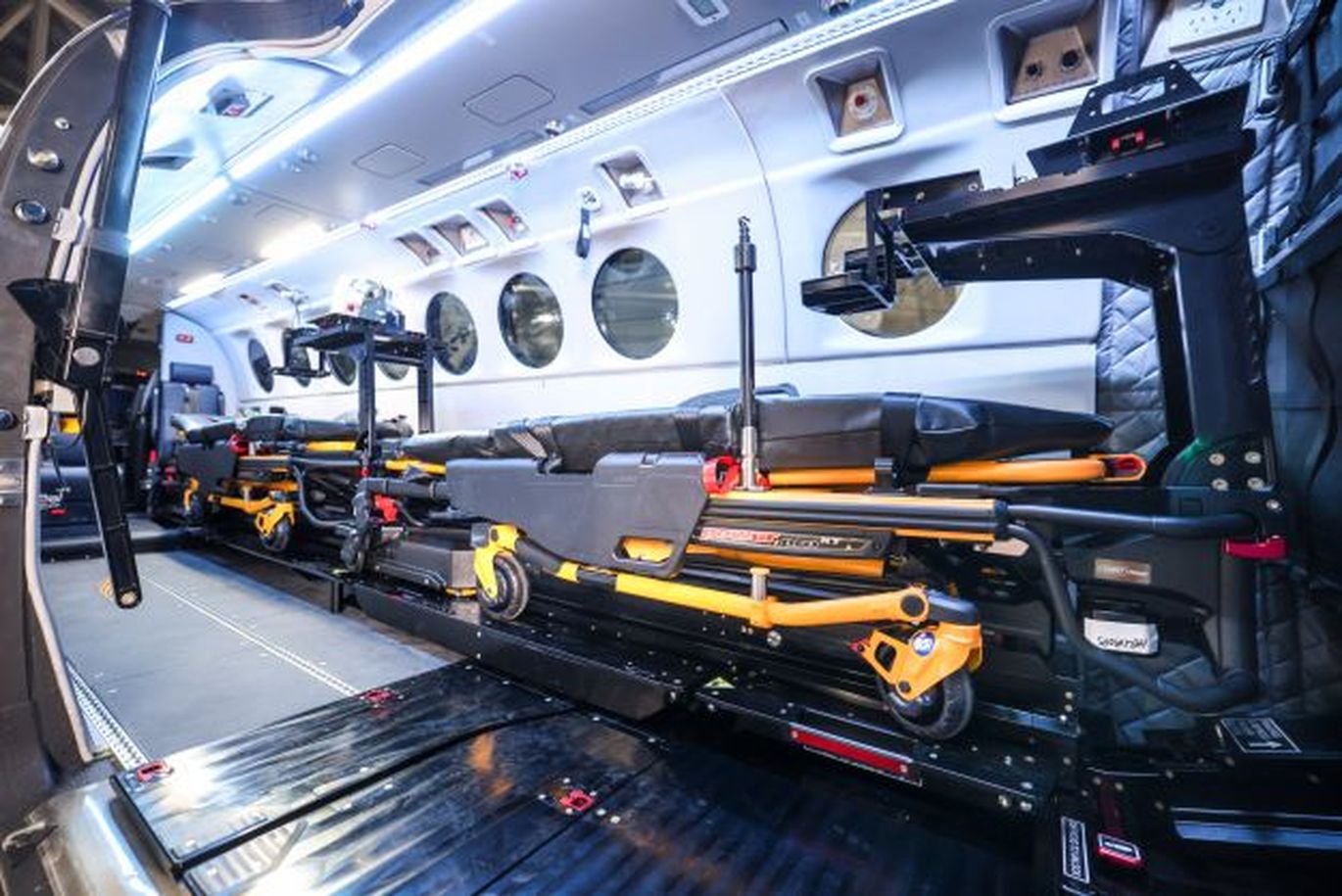