Jess Harvey was 35 weeks pregnant when she awoke in the middle of the night with contractions.

The only problem was, she was at home on a remote station two hours from Richmond — the nearest town — more than 500 kilometres from her nearest tertiary hospital, and 270 kilometres away from her partner Sam, who was at a mustering camp.

“I called my mum and just cried; this wasn’t how I planned it,” Jess said.

Friends on the property drove Jess two hours to the health service in town, as her contractions got closer and closer together.

As there were no midwives stationed at the health service, the Royal Flying Doctor Service (Queensland Section) (RFDS) based in Mount Isa, received an early morning call from Retrieval Services Queensland to assist.

The team of three including a doctor, a flight nurse, and pilot, touched down in Richmond a short time later.

RFDS Doctor Shima Ghedia said it was a privilege to assist in the delivery of Darby, the first baby to be born at the health service in Richmond in 15 years. 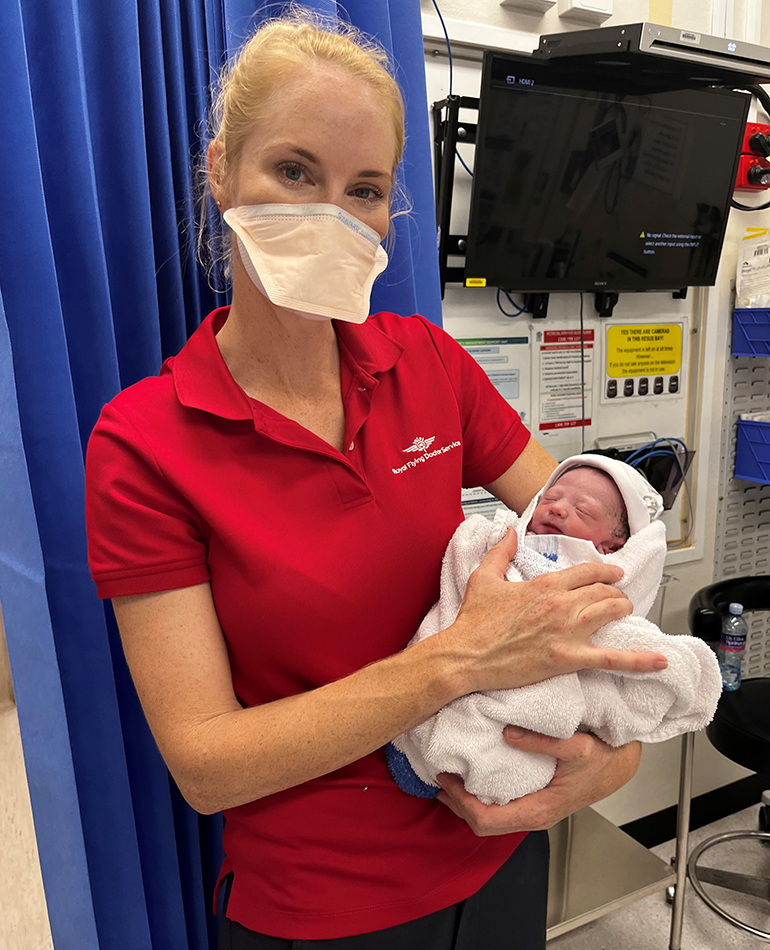 “Jess was an absolute trooper; Sam was there to support and cut the cord, our Flight Nurse (Midwifery) Leanne Ashbacher was incredible, and even our pilot got involved,” Dr Shima said.

“The local staff at the health centre were also overjoyed.”

“They were unreal, I cannot thank them enough. If it wasn’t for them, I don’t know what I would’ve done.”

Jess and baby Darby were flown by the RFDS crew to Townsville for further care and have since returned home to their property.

Doctor Shima said when the team finally touched back down in Mount Isa, there was yet another reason to celebrate that day, with RFDS Pilot Michael Flood hitting his milestone of 10,000 flight hours.

“Michael has been flying for more than 22 years and has worked with the Flying Doctor for many years, so this was a wonderful achievement,” she said.

“I’m so proud of the whole team and this was certainly a day all involved won’t forget any time soon.”