Growing up in rural Victoria, State Virtual Health Care Lead Dr Shaun Francis was acutely aware of the profound impact local GPs have on small country towns, but it wasn’t until he started studying medicine that he understood the full scope of their role. 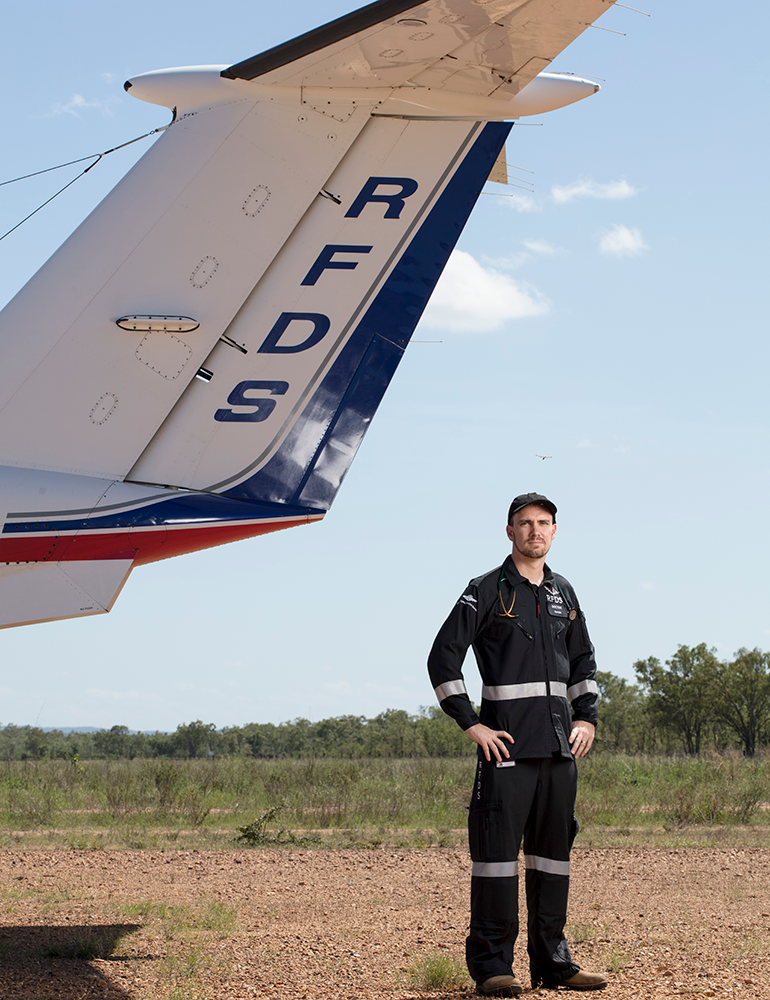 After completing his degree at the University of New South Wales and joining the Australian College of Rural and Remote Medicine (ACRRM), Shaun spent his early career as a rural generalist in Victoria, training in GP, obstetrics and anesthetics before moving to locum in Innisfail.

It was there that Shaun came to know of the RFDS.

“Working in a small community not far from the Service’s major retrieval asset in Cairns, I knew people who worked for the Flying Doctor and quickly learned of the organisation’s reputation as a lifeline for the bush.

“I was immediately interested in working for the RFDS because it provided an opportunity to use my clinical skills as a rural generalist in a complex and resource limited environment; I was attracted to the challenge.”

In 2017, Shaun moved to Cairns to commence work as an RFDS Medical Officer and hasn’t looked back.

“After starting with the RFDS, the vital role the Service plays in regional, rural and remote communities quickly became apparent.

“When I saw the collective effort that it took to retrieve a patient — all the moving parts between different areas of the organisation — I was amazed at how the RFDS goes above and beyond to ensure we are providing a superior level of care in often arduous and austere working environments.

“In essence, we aim to deliver the same level of care that would be available at an ICU or tertiary hospital, whether we’re 20,000 ft in the air, on the side of the road in Western Queensland, or retrieving a patient from the Cape.

“As a clinician it’s really rewarding to be able to do this in settings that have little or limited resources, are geographically isolated and have patient populations that are often complex and challenging.”

And, despite describing the aeromedical aspect of his work as varied, challenging and rewarding, Shaun says it’s so much more than that.

“Working for the RFDS extends far beyond flying out to pick up the critically ill or injured — the Flying Doctor is an advocate for people in the bush and often a voice for those who would otherwise go unheard.

“The people we serve face regular challenges — drought, isolation, farming accidents — all without complaint. They’re so appreciative of the services we provide even though we’re just doing our jobs.

Their praise reminds us of the important work we’re doing but also motivates us to put in the extra yards to provide the finest care to the furthest corner.”

Shaun commenced as the State Virtual Health Care Lead in October 2021. In this position, Shaun is responsible for overseeing the expansion of the Flying Doctor’s telehealth service including the implementation of a virtual ward which complements our face-to-face service and the ability to remotely manage and follow up with our patients.