A Father's Day to remember 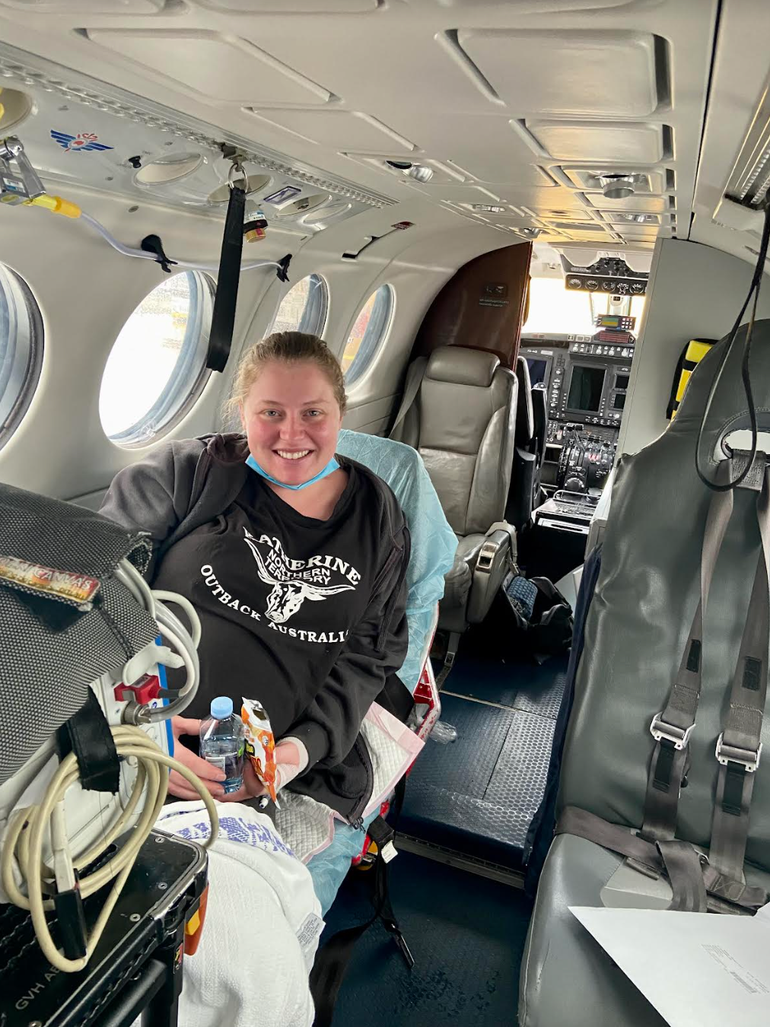 Harry John O’Loughlin chose the most perfect day to enter the world - arriving four weeks ahead of schedule to mark the most special Father’s Day imaginable for his parents.

The anticipation of a first baby is an exciting but nervous time for all new parents, so when Liam and Hannah O’Loughlin awoke at 2am to waters breaking they immediately sprang into action.

Determined to stay calm and composed, the couple called their midwife who advised them to head straight to hospital.

Based out on a sheep and cattle farm near Mitchell, the closest maternity ward for the couple was about an hour away in Roma.

“It was four weeks before his due date. We didn’t have anything ready, so we packed up as quickly as we could and drove straight there,” Mrs O’Loughlin said.

“We both packed a hospital bag. We grabbed the bassinet, which was still in its cardboard box, and a box of nappies and a bag of baby clothes and packed the car,” she said.

Upon reaching the hospital, the Royal Flying Doctor Service was quickly tasked by Retrieval Services Queensland to fly Hannah to Toowoomba Hospital where she could be close to specialist care, should it be needed.

“The nurse was lovely and made me feel comfortable and reassured me the whole time. I didn’t feel too nervous as I trusted the doctors, nurses and midwives,” she said.

Despite the surprise start, Harry was determined to ensure his early arrival was extra special, holding on for another two days.

It was on Sunday, 4 September, not only Father’s Day but also the couple’s first wedding anniversary that Harry would make his entrance to the world at 1:42pm.

But being early, Harry was tiny - weighing just 5 pounds, 10 ounces.

Staying a few more days at the hospital just to be sure, Hannah and Harry were finally sent home.

Now, several weeks on, the family of three are enjoying their first taste of parenthood, having experienced their first transfer with the Flying Doctor, Father’s Day and Wedding Anniversary, all in one - with many, many more firsts to come.

The RFDS operates as part of the Queensland Health Aeromedical Network.