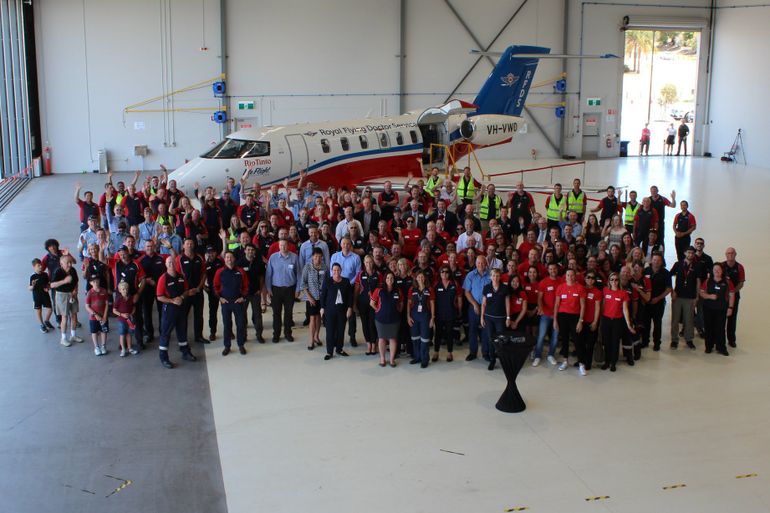 The RFDS’ acquisition and aero medical fit-out of two jet aircraft is an investment of $26M and is funded with the assistance of Rio Tinto ($10M over four years), the Commonwealth Government ($4.5M) and a Lotterywest grant ($6.5M).

RFDS in Western Australia re-purposed the Pilatus PC-24 jet with state-of-the-art aero medical fit out that serves as an in-flight emergency ward. It has capacity for three stretchered patients and two medical teams, can fly at a top speed of 815kms per hour and, has capability for short landings and take-offs on unsealed airstrips.

On individual performance, the PC-24 jet aircraft will almost halve the time for long-haul, patient critical scenarios and, boost response capacity of the RFDS fleet within the state’s regions.

The jets signal a new era for RFDS following significant preparation and transition to a new fleet structure and capability. RFDS pilots and engineers have undertaken advanced training for the operation and maintenance of the aircraft in the United States and Switzerland.

RFDS doctors and nurses will take part in aero medical in-flight training over the coming weeks.

The first jet will commence service in early 2019.  The second jet aircraft arrived in February.