The RFDS in WA

Responding to need across WA

Graphic: A Day in the Life of the RFDS in WA

Western Australia is a vast and remote state and making sure people across the regions have access to health care and emergency, life-saving treatment is what we do at the Royal Flying Doctor Service Western Operations.

We are a 90 year old charity that deeply cares about our patients and communities throughout WA.

We believe that everyone, no matter where they live, deserves to have skilled and caring doctors and nurses to help them look after their health, and to treat them during emergencies while flying to specialist care.

We have a team of medical clinicians and pilots who are committed to providing the finest care to the furthest corner of WA. Together we provide fast, free and efficient emergency retrievals, GP health clinics, dentistry, telehealth and medical chests. We bring the hospital emergency room, GP clinic, dentist chair, pharmacy and our dedicated professionals to patients when they need us the most. 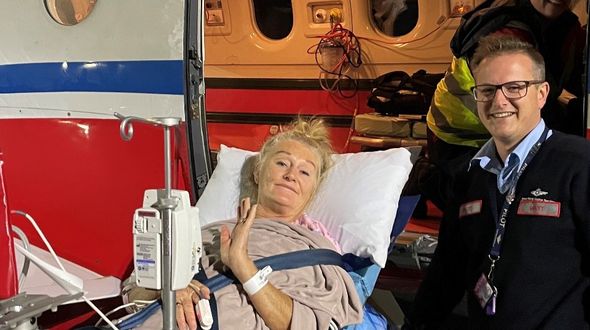 A Perth mother-of-two who suffered a life-threatening emergency while on holiday in the South West is encouraging Western Australians to support the Royal Flying Doctor Service (WA) this Christmas. 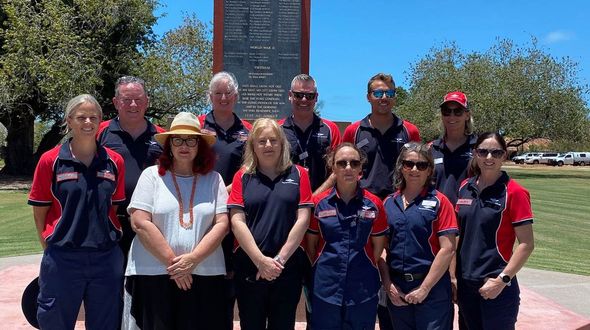 This Remembrance Day, Royal Flying Doctor Service crews across Western Australia paused at 11am to reflect on the price that Australia and countries around the world have paid through wars and conflict since the First World War.

Acknowledgement of Country and People

Looking after people on Country is a unique and important part of the work we do. We work hard to keep people in their communities and reassure them when we need to fly them to specialist medical care before returning them to their land.

The RFDS WO is committed to improve health outcomes and access to health services for all Aboriginals and Torres Strait Islander Australians.

Our Work on Country 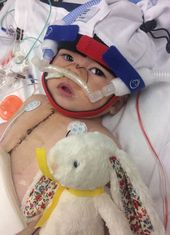 “We did not anticipate the situation of our gorgeous girl, Calvary, arriving early. The panic set in straight away on how to get her over to Melbourne for the open-heart surgery she required.” Sofia said.

The Jandakot base was established in 1964 and is located at Jandakot Airport, the second busiest airport in the Southern Hemisphere. Jandakot is the primary transfer base in WA, with administrative offices, state wide coordination centre, training facilities for nurses, doctors and pilots, an engineering hangar and patient transfer facilities. As the primary transfer base, Jandakot receives patients from all over the state, and performs patient repatriation to remote locations around WA.

The Kalgoorlie Base was established in 1937. Located at the Kalgoorlie-Boulder Airport in the Goldfields, 596km from Perth, the Kalgoorlie Base maintains an administration office, a visitor centre and hangar facilities. The base conducts regular tours for tourists and visitors and runs a busy operation servicing the goldfields and beyond.

Kalgoorlie operates emergency transfers to Kalgoorlie District Hospital, inter hospital transfers to Perth, health clinics from Kalgoorlie to Eucla along the Eyre Highway and fundraising, tours and merchandise at the visitor centre and shop.

The Meekatharra base was established in 1945 and is located 760km from Perth at the Meekatharra Airport. The base was built in Perth and transported to Meekatharra where it was installed adjacent to the RFDS hangar facilities at the airport.

The base conducts emergency transfers to Meekatharra District Hospital, inter hospital transfers to Perth and fortnightly primary health clinics in the Mid West and Gascoyne regions.

The monument which is a representation of her Mooney aircraft commemorates pilot and nurse Robin Miller Dicks who was known as "The Sugar Bird Lady."

Robin Miller (1940 - 1975), known as "The Sugarbird Lady", was an Australian aviatrix and nurse. The name "The Sugarbird Lady" was given to her by outback Aboriginal children during her work combatting polio. She died of cancer at the age of 35. In 1973 she married Harold Dicks, the director of the Royal Flying Doctor Service, and became Robin Miller Dicks. After her death, Dicks set up an AUD$50,000 memorial foundation to help nurses get flying licences.  Robin Miller Dicks was the daughter of writer and historian Dame Mary Durack and pioneer aviator Horrie Miller OBE.