A game-changer for patient outcomes. The Rio Tinto LifeFlight PC-24s are revolutionising the way RFDS transports and treats patients across WA.

The second aero medical PC-24 jet to join the Royal Flying Doctor Service fleet entered service in March, heralding the completion of our transition to a new fleet structure and capability. The bespoke Pilatus aircraft, also known as ‘Kimberley’, is based in Broome while its sister
jet ‘Victory’ is based in Perth out of Jandakot Airport.

Fitted out in Switzerland, the Rio Tinto LifeFlight PC-24s are two of only three aeromedical jets operated by the RFDS in Australia.

In their short time in service, they have revolutionised the way the RFDS transports and treats patients across WA.

Their next-generation technology and capability is a game-changer for patient outcomes.

The aircraft almost halves the time for long-haul critical patient transfers compared with our current PC-12 fleet and has the capability for short landings and take-offs on airstrips.

These ground-breaking PC-24s are fully equipped emergency wards in the sky and are faster in long-distance emergencies.

When every minute in the air can mean the difference between life and death, these new jets have the potential to save countless lives.

The PC-24s will perform long haul retrievals between Perth and destinations such as Broome or Darwin and can be tasked for shorter trips depending on the priority of the retrieval. They will free up the fleet’s 16 PC-12s to focus on shorter flights, which will enhance response times across the state.

It cost $26 million to acquire and fit-out the two Rio Tinto LifeFlight PC-24 jets: a significant investment which was partly funded by Rio Tinto, the Commonwealth Government and Lotterywest.

Royal Flying Doctor Service supporters and fundraisers also helped to fund delivery of the new jets. That’s the power of your support! There is a new lifesaver making its mark across the vastness of Western Australia. This lifesaver is the Pilatus PC-24, the newest member of the Royal Flying Doctor Service’s (RFDS) fleet. 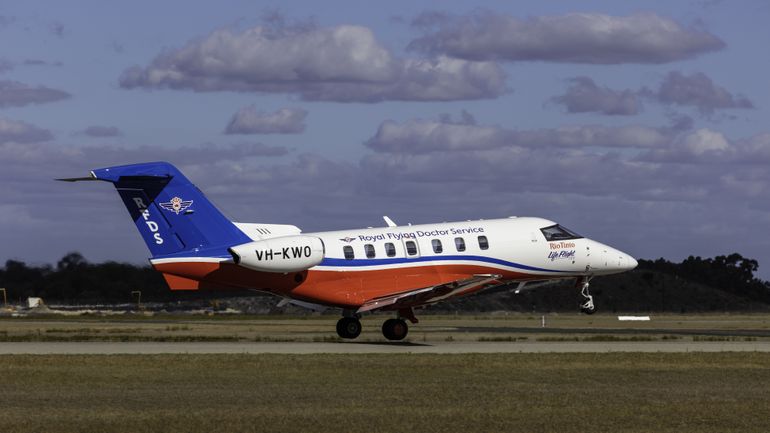