How Alfred Traeger gave the outback its voice

During 2018, almost 40,000 Australians were flown by the Royal Flying Doctor. Most of these flights began with a call for help, letting the pilots, flight nurses and doctors of the RFDS know they’re needed, but making that call hasn’t always been as simple as picking up the phone or switching on the radio.

In the mid 1920’s Alfred Traeger invented the pedal powered radio, revolutionising communication in the outback. The invention was integral to the founding of the Royal Flying Doctor Service, allowing the Service to make contact with the people who needed their help and vice versa.

The radio was the product of Alfred Traeger’s lifelong love of inventing which is something his daughter, Anne Smallwood, remembers well. “He would always be drawing circuit diagrams of some sort...in later years I can remember he was making an orbital engine that was going to use a third of the amount of petrol compared to a normal engine...and the other thing that he had was that he converted the whole roof of the flat that we had attached to our house into a desalination plant”. Even as a child Traeger was drawn to inventing. “He set up a telephone connection between the shed, which was some distance away, and the house just using things like charcoal from the stove and bits of fencing wire and it worked! It wasn’t just electronics that fascinated him, it was also anything scientific.” 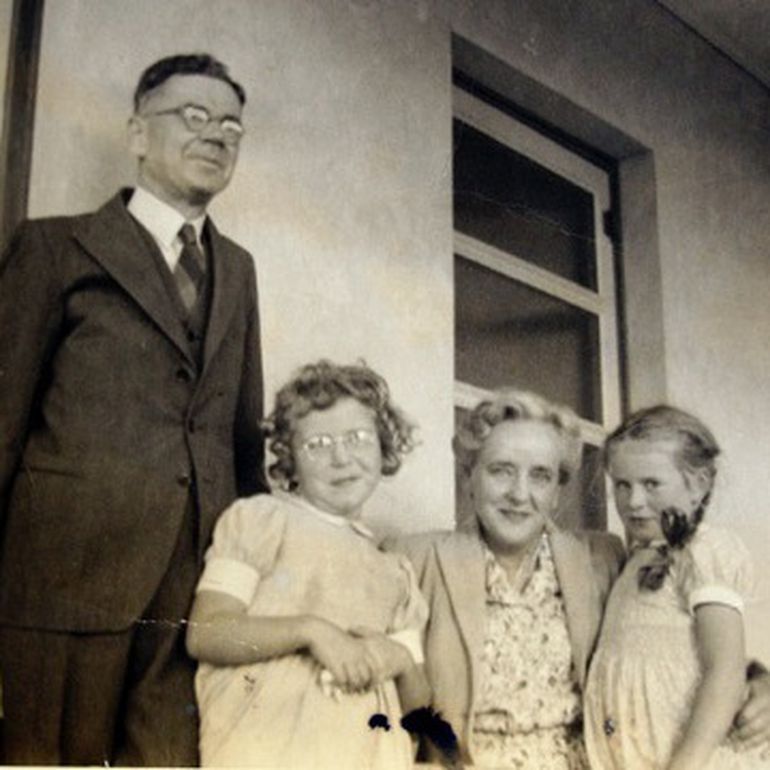 Traeger’s love of radio never left him and it even flowed over into his parenting techniques which Ms Smallwood has fond memories of. “I’d go to bed and then I’d call out to him in the next room. He’d say ‘I’m not going to answer you unless you talk in Morse Code...and so I had to learn Morse Code in order to talk to him from my bed at night. Naturally the conversations didn’t last very long!”

During his twenties, Traeger worked repairing car generators and doing electrical repairs, alongside building his own valve radios and transceivers. Then, in 1926, he gained his Amatuer Operations Proficiency Certificate. At this time, RFDS Founder, the Reverend John Flynn was also experimenting with radio. Flynn was looking for a radio and heard that Traeger had one.

Flynn quickly realised Traeger’s talents and hired him as his assistant, paying him six pounds per week. They headed to Queensland and over the next two years, traveled to the outback together testing and attempting to improve the problematic transceivers that were being used at the time. They needed to develop a radio that could be easily operated, powered and maintained.

In 1928 Traeger developed the pedal-powered radio. A floor mounted generator, driven with bicycle pedals, powering a radio transceiver which could send morse code. The following year, a base station was established at Cloncurry, Queensland and the first pedal wireless was installed at Augustus Downs Station, 150 miles out of town.

The first transmission was made on the 19th June, 1929 by Gertrude Rothery, the manager's wife, to Traeger’s assistant Harry Kinzbrunner at Cloncurry.

Over the next 8 years Treager continued to manufacture and improve the pedal sets, installing them at homesteads, hospitals, missions and the bases of the Aerial Medical Service, which later became the RFDS.

By the 1950’s hundreds of Traeger sets were in use. Betty Marchant, from Eromanga, remembers using one and she says they were monumentally beneficial in helping with the isolation that came with living in the outback. “All around they had what they’d call the Galah Sessions and every morning people would come on and have a yack and people would share stories or news. What your kids were up to and if there was rain or if somebody had gotten lost or anything, it was just a general gossip session!” 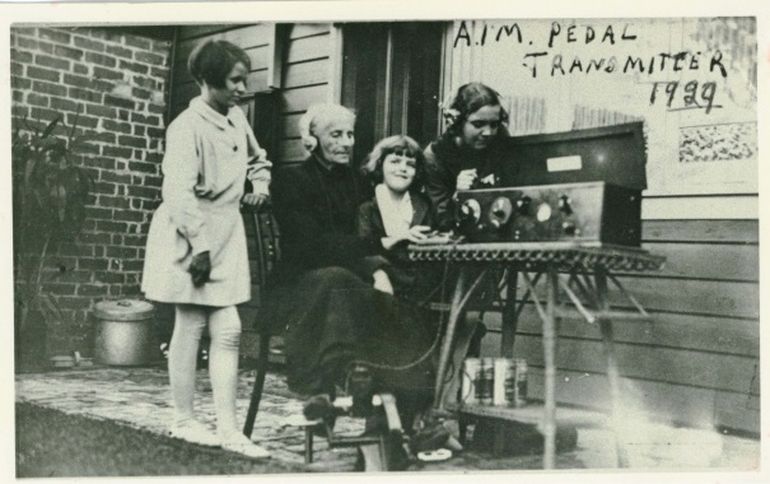 Treager’s sets didn’t just help to improve health and combat isolation in the bush. Ms Smallwood the pedal-powered radio also greatly improved education. “I can remember one day when he was really excited because he wanted to show us the School of the Air sets that he’d just invented and they had been a roaring success. He saw that as a huge plus...that the kids of the outback could have access to some sort of normal education. That really gave him a buzz.”

Despite all of Traeger’s remarkable achievements he was an incredibly humble man. “He wasn’t proud of it, it was just something that he did and he was pleased to do. He didn’t see it as anything particularly wonderful, he just saw it as an opportunity. In 1944, Traeger was awarded an Order of the British Empire, Ms Smallwood said it was years before he shared news of the award with his family.

Traeger's sets spread across two thirds of the Australian continent, covering more than five million square kilometers and they are now recognised as a fundamental element in the inception of the RFDS in Australia, allowing people in the outback to contact the Service no matter where they were.

To hear more about Traeger’s life and his remarkable inventions, listen to the RFDS Queensland Section website here.