The Very Reverend John Flynn, OBE, DD, "Flynn of the Inland" was born at Moliagul, central Victoria on 25 November, 1880.

The third child of Thomas and Rosetta, John was raised in Sydney by his mother's sister after his mother died during childbirth. When he was five, John was reunited with his family at Snake Gully, near Ballarat.

Graduating from secondary school in 1898 John began school teaching. In 1903, he joined the ministry and studied theology at Ormond College, at the University of Melbourne. Initially he financed his studies working at Church Home Missionary Centres around Victoria and in 1907 commenced a four year course in divinity at Melbourne University. Flynn graduated in 1910 and was ordained as a Minister of the Presbyterian Church on 24 January, 1911.

Throughout his training, Flynn continued to develop an interest in working in the Outback and helped other Presbyterian Ministers like Donald Cameron and Andrew Barber with missionary work in rural and remote areas throughout Victoria and South Australia. Flynn and Barber published "The Bushman's Companion", a very popular book of information and hints for people in the bush.

In early 1911 however, John was on the road to the real outback. 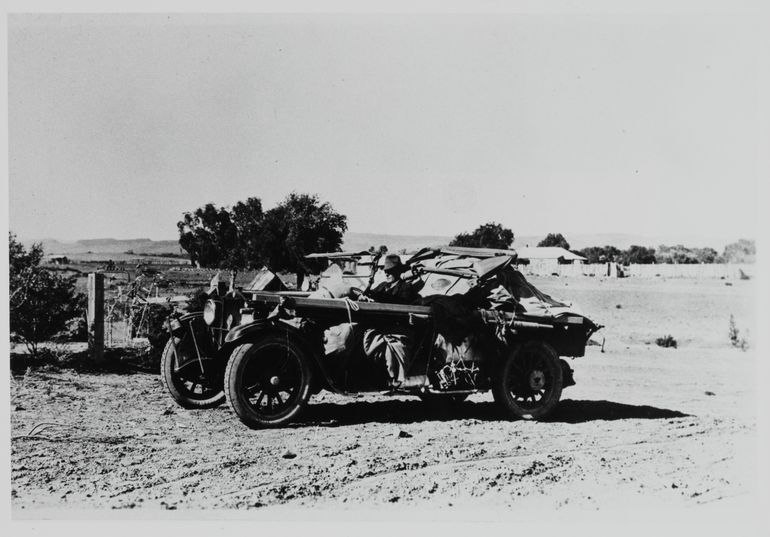 In February, John Flynn arrived at the tiny Smith of Dunesk Mission at Beltana, over 500 kms north of Adelaide, South Australia. At Beltana, he saw first hand the rigours of outback life and learnt there was no medical care available to inland residents and travellers.

Within a year he was commissioned to prepare a report on life in the Northern Territory, to be presented to the Presbyterian Church in 1912. After conferences in Melbourne and Sydney, he travelled by ship to Darwin where he visited Katherine, Bathurst Island and Adelaide River researching his paper. Flynn's report which included proposals for Inland Missions, prompted the General Assembly to act upon his recommendations and they appointed Flynn the head of a new organisation, the Australian Inland Mission (AIM).

The purpose of the Australian Inland Mission was to minister to the spiritual, social and medical needs of people in the Outback.

In 1917, Flynn received an inspirational letter from Lieutenant Clifford Peel, a Victorian medical student with an interest in aviation. The young airman and war hero suggested the use of aviation to bring medical help to the Outback. Shot down in France, he died at just 24 years of age and never knew that his letter became a blueprint for the creation of the Flying Doctor Service.

For the next ten years, Flynn campaigned for an aerial medical service. His vision was to provide a 'mantle of safety' for the people of the bush, and his vision became a reality when his long time supporter, H V McKay, left a large bequest for 'an aerial experiment' which enabled Flynn to get the Flying Doctor Service airborne.

At this time, Flynn also met Hudson Fysh, a founder of QANTAS. In 1927, QANTAS and the Aerial Medical Service signed an agreement to operate an aerial ambulance from Cloncurry, Queensland.

When our first pilot took off from Cloncurry on 17 May 1928, he was flying a single engine, timber and fabric bi-plane named 'Victory' (leased by QANTAS for two shillings per mile flown). He had with him the very first of our flying doctors, Dr Kenyon St Vincent Welch.

The first pilot, Arthur Affleck, had no navigational aids, no radio and only a compass. He navigated by landmarks such as fences, rivers, river beds, dirt roads or just wheel tracks and telegraph lines. He also flew in an open cockpit, fully exposed to the weather, behind the doctor's cabin. Airstrips were, at best, claypans or, at the worst, hastily cleared paddocks.

Flights were normally made during daylight hours although night flights were attempted in cases of extreme urgency. Fuel supplies were also carried on flights until fuel dumps were established at certain strategic outstations.This DeHavilland could carry a pilot and four passengers at a cruising speed of eighty miles per hour for a range of 500 to 600 miles.

Flynn's dream had become a reality. 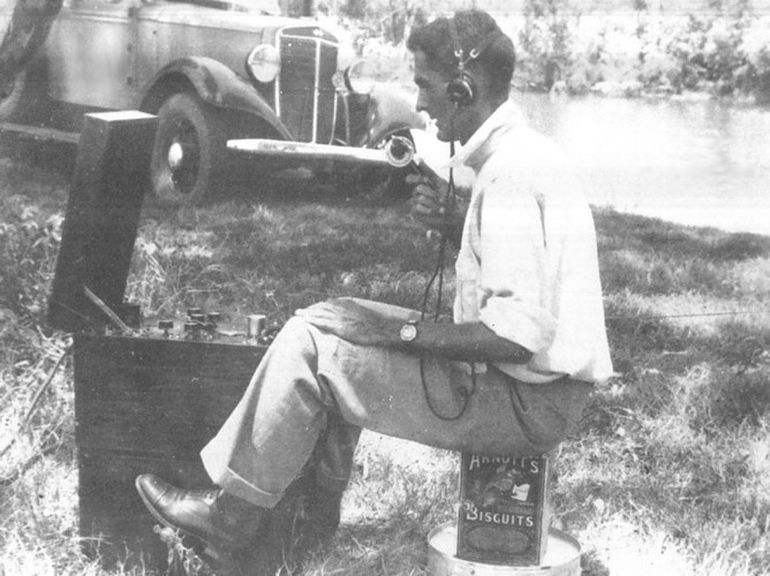 The Flying Doctor Service had a doctor, a pilot and John Flynn, the man with the vision, but we lacked the communication technology to deliver services efficiently. Alfred Traeger helped to hurdle this barrier with the invention of a pedal-operated generator to power a radio receiver. By 1929 people living in isolation were able to call on the Flying Doctor to assist them in an emergency.

Transistorised receivers later replaced pedal radios, making it possible for doctors to give radio consultations. It also meant neighbours, families and friends, scattered over thousands of kilometres, could exchange news and gossip after normal transmission hours. This time became known as the 'galah' session, aptly named after the noisy, chattering bird.

Using the Flying Doctor Service network, the School of the Air was established in Alice Springs in 1951 with the help of Adelaide Miethke. This radio service provided children living in remote areas the opportunity to interact with other children, ask questions of their teacher and supplement their correspondence lessons.

John Flynn was 51 when he married the secretary of AIM, Miss Jean Baird in 1932. The years to follow saw Australia struggle through the Great Depression and Mrs Flynn became a great support to her visionary and hard-working husband.

Flynn, was twice Moderator General of the Presbyterian Church. In May 1950, Flynn attended what was to be his last Flying Doctor Council meeting; sadly he died of cancer in May the following year. 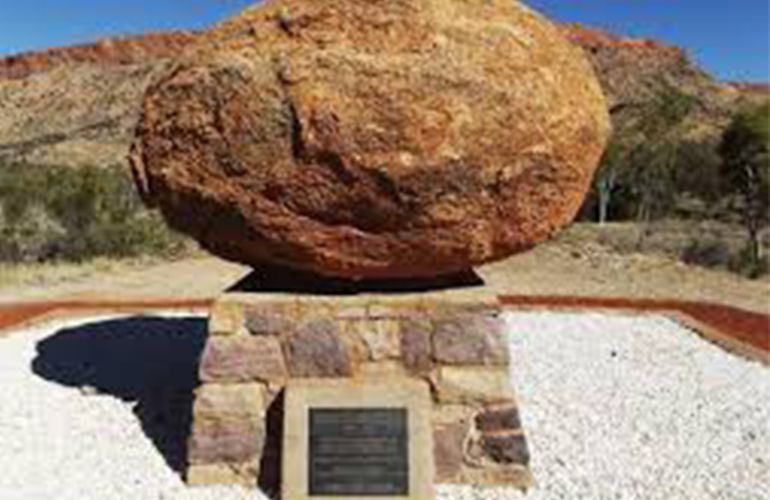 Flynn was cremated and his ashes placed at rest under the Flynn Memorial, just west of Alice Springs at Mount Gillen - the very centre of the vast territory to which he brought communication, medical comfort and pastoral care.

The burial service for Flynn was linked up to the Flying Doctor network and was heard at remote stations and settlements across the outback.

The RFDS and the AIM are working testimonials to Flynn's drive and vision.

Flynn once said "If you start something worthwhile - nothing can stop it."

A former Governor General of Australia, Sir William Slim once said of Flynn "His hands are stretched out like a benediction over the Inland".

The Australian Council Office collaborated with the Reserve Bank of Australia in 1994 on the design of the twenty dollar note, which features the face of the founder of the Royal Flying Doctor Service of Australia, the Very Reverend John Flynn.

Learn more about the rich history of the Flying Doctor