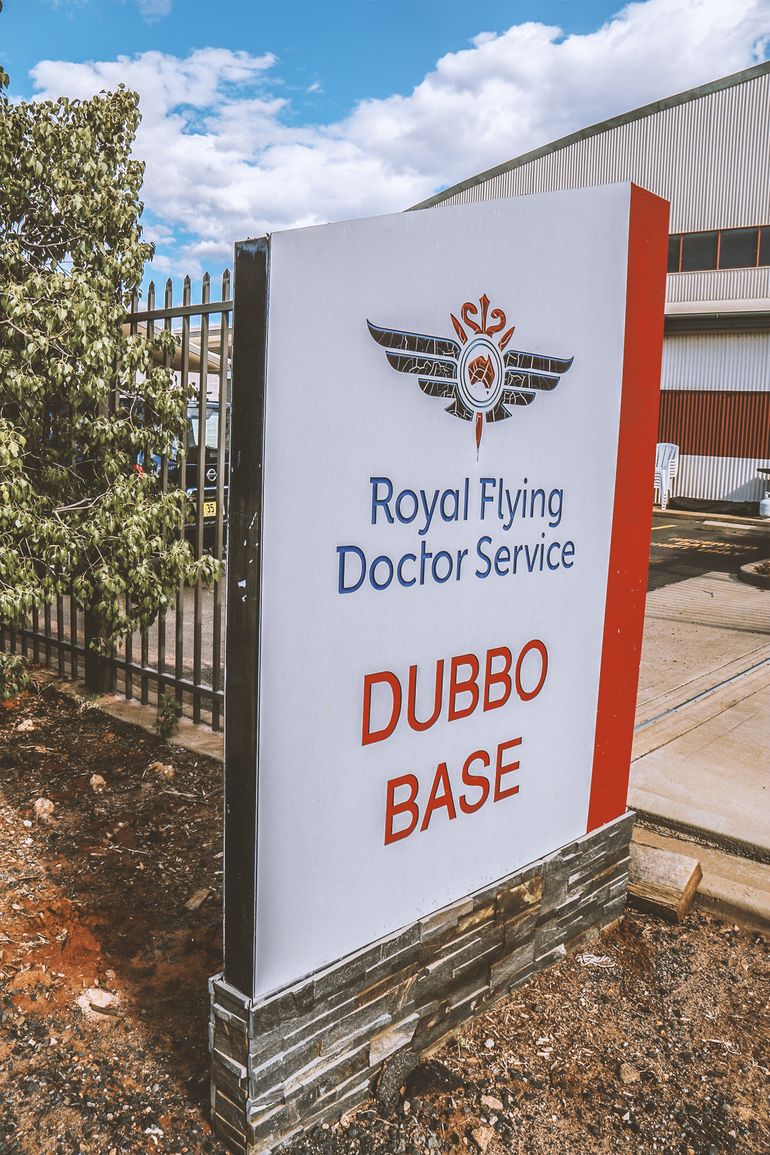 A mysterious illness for Tim from Cobar led his family to call on the Flying Doctor.

Tim hadn’t been feeling well for a few days when his daughter Teena took him to Cobar Hospital from their home on the Barrier Highway, 20 minutes west of the town.

With a very high temperature and extreme dehydration, but no known cause for his sickness, Tim’s health slowly and worryingly declined over two days in the Cobar Hospital. Eventually the call was made to bring in the Flying Doctor to take Tim to the Dubbo Hospital for further treatment.

Incredibly, just as the Flying Doctor was called, rain begun to pour down across the state for the first time in months, with storms, violent cross winds and pelting rain making conditions in the air difficult.

The difficult conditions were expertly managed by our experienced pilot and medical staff on board the aircraft which transported Tim quickly and safely to the Dubbo Base Hospital.

Not long after he reached Dubbo, Tim’s condition deteriorated even further and he was placed first in the Intensive Care Unit, then in the critical care ward of the Dubbo Base Hospital. Both lungs collapsed, so Tim was placed on life support. Over the next two days he was revived twice. Doctors were still unable to diagnose the cause of Tim’s life threatening illness.

On the Friday afternoon, three days after arriving in Dubbo, Tim’s condition became absolutely critical. If he didn’t respond to the medication he had been given within four hours, he would have to be airlifted to the Royal Prince Alfred Hospital in Sydney for a heart/lung transplant.

Incredibly, at the last hour, Tim began to respond to medication, and fight back against the mysterious bacterial illness he was suffering.

For 12 days, he remained on life support in a coma until miraculously, he awoke. He was taken to the general ward of the hospital where his difficult road to recovery began.

Determined to return home as fast as possible, Tim rapidly learnt to walk again and worked hard to regain his coordination. Amazingly, 22 days after he first arrived at Dubbo Base Hospital, Tim was able to return to Cobar, where he spent five days in the Cobar Hospital before finally being given the green light to return home.

After a full recovery, Tim and his wife Carolyn give their thanks to the Flying Doctor for getting him to the medical assistance he needed in time, despite the distance they faced from care.

“To this day we still think of the team that got Tim to Dubbo,” Carolyn said.

“…He is here today because of them, thank you.”