Graphic: RFDS Aircraft on the tarmac

A new study has revealed the Royal Flying Doctor Service (RFDS) provides more than $2.5 billion in benefits to the Australian economy each year through its life-saving aeromedical services to regional, rural and remote Australians.

The report also found that the RFDS supports 4,191 full-time equivalent jobs throughout Australia and boosts Gross Domestic Product (GDP) by $623 million each year.

In Queensland, where the organisation was first established in 1928, the RFDS supports 1,056 FTE jobs (including 290 direct jobs) and boosts economic activity by $490 million each year, which includes an injection of $132.5 million into the Queensland economy.

The study was conducted by leading advisory firm BDO Services and independently reviewed and endorsed by the Australian Centre for Health Services Innovation.

It examined the broad economic and social benefits that the Service generates through its comprehensive range of healthcare services and analysed factors such as improved health outcomes for patients, increased productivity and overall cost savings to Australia’s health system. 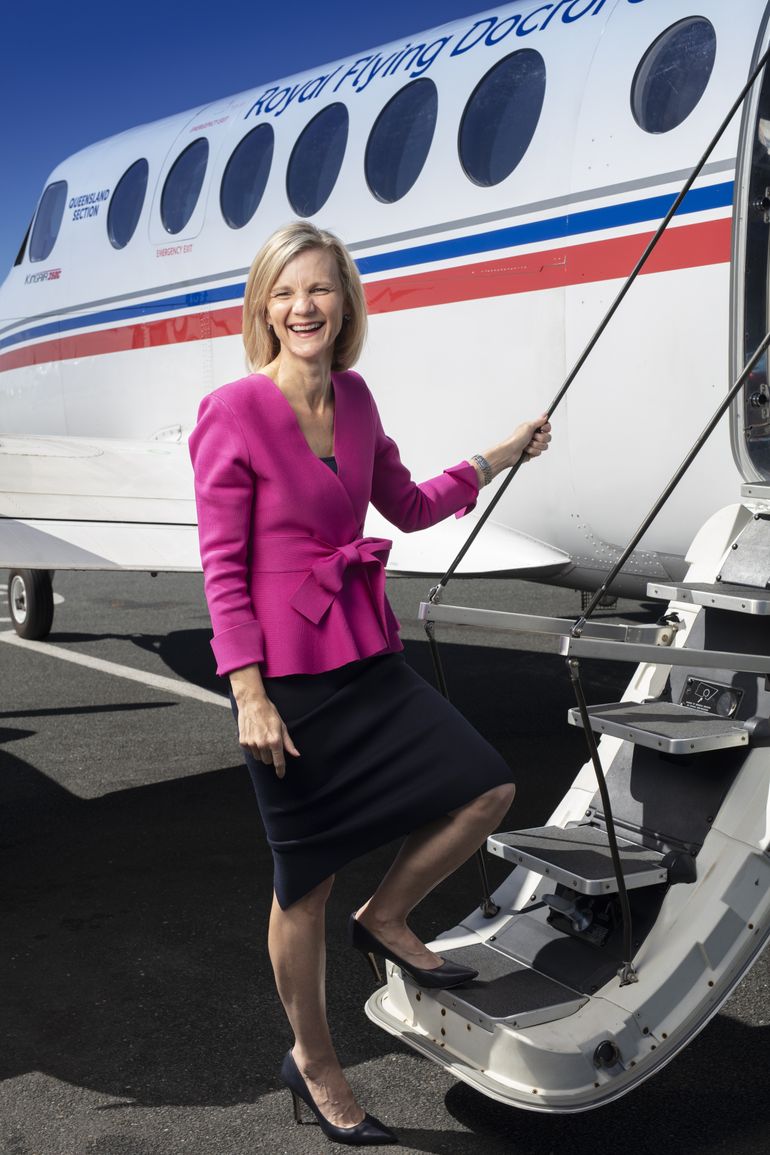 RFDS Queensland Section Chief Executive Officer Meredith Staib said the report reconfirmed the Flying Doctor’s position as one of the largest and most comprehensive aeromedical organisations in the world.

“This report demonstrates the immense value of the healthcare services we provide, as well as the far-reaching economic footprint of the Service,” Ms Staib said.

“And in terms of jobs, the RFDS supports 4,191 direct and in-direct jobs right throughout the country and supports many flow-on activities such as retail, manufacturing and logistical services.

“That includes our doctors, nurses, pilots and engineers, as well as the aircraft refuelers, the couriers, the cleaners and the manufacturers who may not be wearing a Flying Doctor uniform, but also contribute to the vital work we do.”

Ms Staib said the report also revealed the immense value that the Service provided to its patients, the government and regional, rural and remote communities around Australia every year.

“The breadth of healthcare services we deliver across the country is seriously impressive,” she said.

“From our aeromedical beginnings, the RFDS has grown to deliver a broad range of essential primary and preventative healthcare services, including medical chests, telehealth services, immunisations, GP and nurse clinic consults, dental consults, and mental health and wellbeing services.

“We have been saving lives in regional, rural and remote communities for more than 92 years and provide more than 370,000 episodes of patient care across Australia every year – equivalent to assisting someone every two minutes.

“Even during the pandemic, the RFDS has remained fully operational transporting more than 1,400 confirmed or suspected COVID-19 patients across the country, including 35 in Queensland.

“It’s a privilege to deliver world-class healthcare across the country and we are extremely proud of our impact on the lives of Australians every single day.”