The Royal Flying Doctor Service (RFDS) uses the term 'remote and rural' to describe all areas outside Australia's major cities. This includes areas that are classified as inner and outer regional (RA2 and RA3 respectively) and remote or very remote (RA4 and RA5 respectively) under the Australian Statistical Geography Standard (ASGS). The ASGS allocates one of seven remoteness categories to an area (major cities, inner regional, outer regional, remote, very remote, migratory-offshore-shipping, and no usual address), based on its distance from a range of population centres. Each of these remoteness categories are also defined by population characteristics. The remoteness structure of the ASGS uses the same principles of the earlier remoteness classification system—the Australian Standard Geographical Classification System Remoteness Areas (ASGC-RA)—which was formerly used to define remoteness structure (Australian Bureau of Statistics, 2013a). Although the ASGS remoteness areas have been defined using a different base unit, the remoteness areas from the ASGC and the ASGS are generally comparable, according to the Australian Bureau of Statistics (ABS) (Australian Institute of Health and Welfare, 2014).

Note: Migratory-offshore-shipping, and no usual address, are not mapped. Source: Australian Bureau of Statistics (2013a). 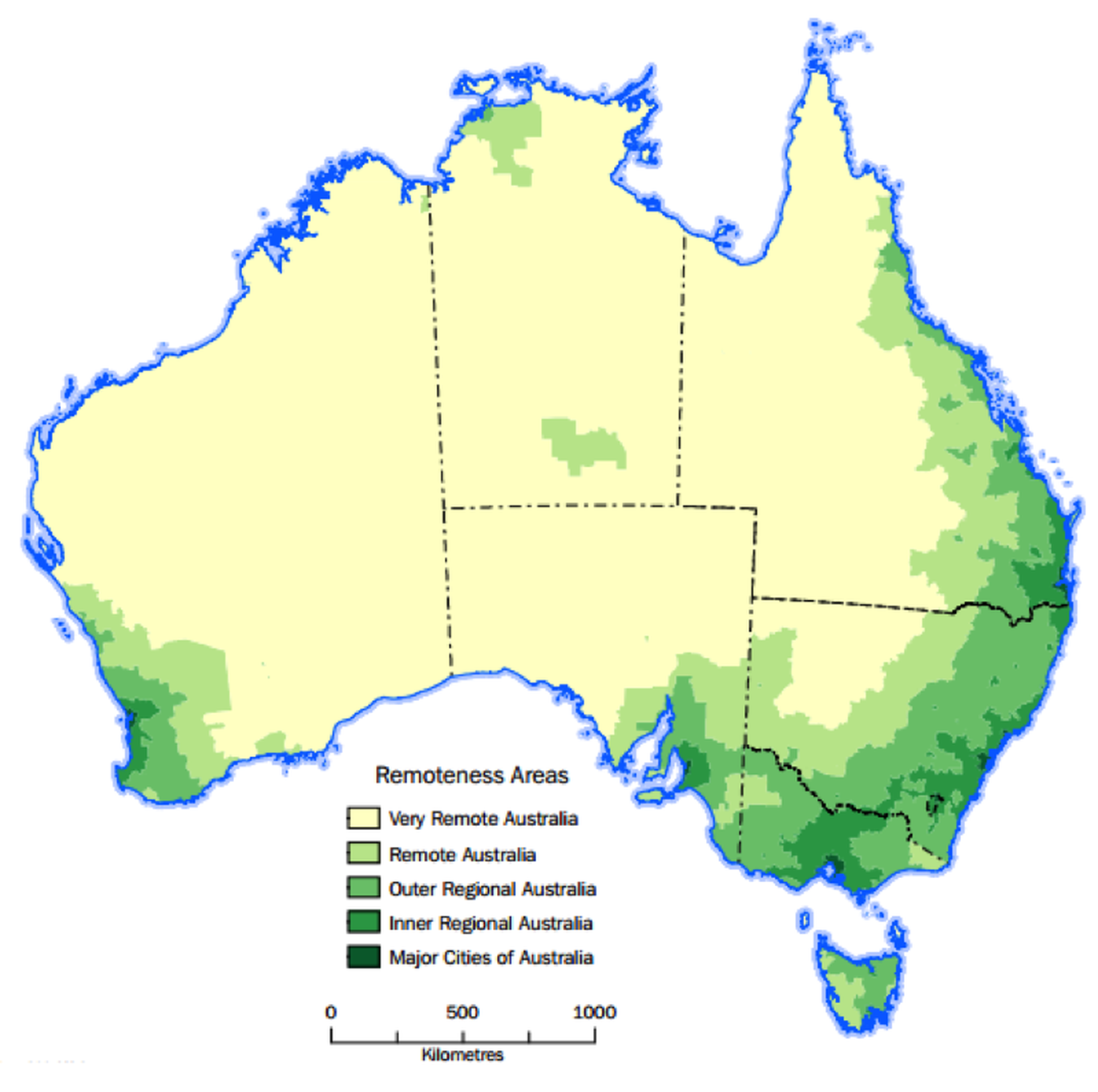