Graphic: Susan Markwell and Maree Cummins with an RFDS aircraft

It’s rare for any employee to achieve 30 years’ service in one organisation, but rarer still for two employees to be celebrating the milestone on the same day.

Both nurses began working with the RFDS in 1987 but were employed by Queensland Health’s Division of Child Health at the time.

On 4 February 1991, Ms Cummins and Ms Markwell officially became RFDS employees, thus signalling the beginning of an era for both women and the organisation they have enriched.

Both Flight Nurses reflect on their experiences below. 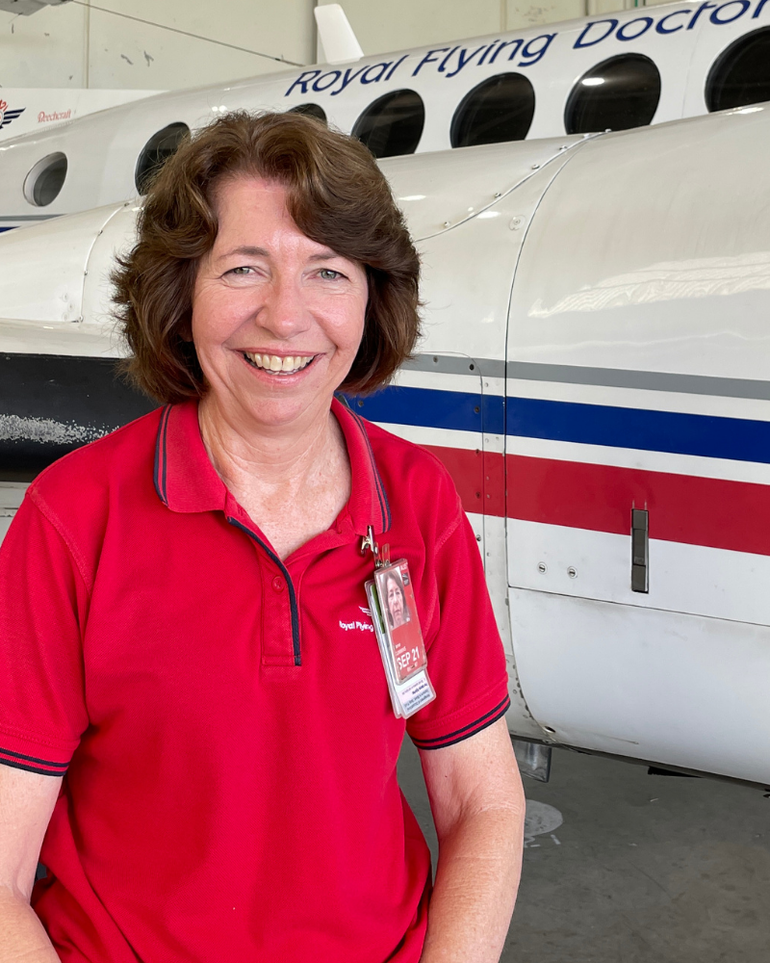 What made you want to apply for a role with the RFDS?
I was employed by Queensland Health in Mount Isa prior to 1991 and worked with the RFDS providing Child and Family Health Clinics and on emergency evacuations. The RFDS didn’t employ nurses at the time, but when that changed, I applied.

What are your most memorable experiences working for the RFDS?
Too many to list — from the birth of babies at remote locations, to being part of the response to disasters such as the Bali bombings and other mass casualty events.

I remember responding, along with an RFDS Doctor and Pilot, to a burns victim at a remote camp site in far north-west Queensland in the middle of the night. The patient had sustained critical injuries. Some months later when I was working at the Royal Brisbane and Women's Hospital (RBWH) it was great to hear that he was recovering well despite his horrific injuries.

I once travelled to another base to cover a shift at short notice and was called to a primary response at the property of a relative.

Being involved in fundraising for RFDS provided me with opportunities to meet and work with so many good people. I even met a well-known Australian singer on the road outside Burketown through the RFDS!

What do you enjoy most about your role?
The people, the variety and the unknown. There’s the challenge of providing medical care equivalent to intensive care unit standards in regional, rural and remote Queensland, while working outside the hospital environment. The view from my office in the air is also hard to beat.

I am very grateful for all the opportunities that working with the RFDS has provided. The RFDS is very supportive with ongoing professional development for nurses. For example, the Service supported me to move from Mount Isa to Brisbane to complete critical care studies and then later when completing my nurse practitioner studies. 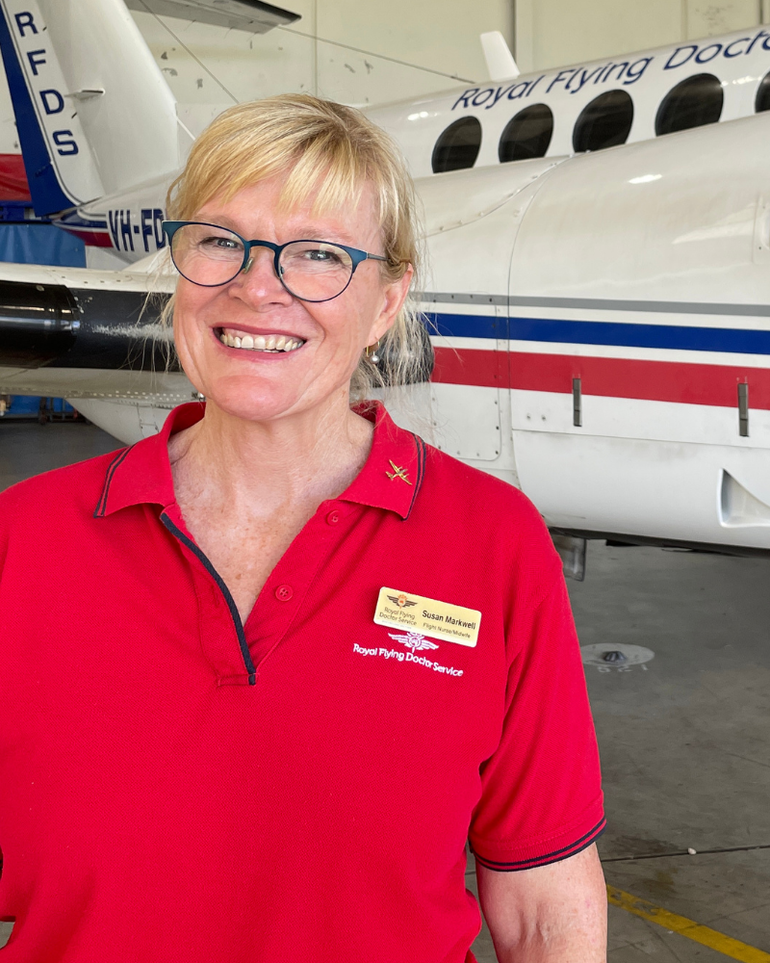 What was it like working in rural and remote nursing in Charleville at the start of your career?
The country lifestyle, people and the diversity were fascinating. That was where my passion for rural nursing developed. As the only nurse working in isolation, the work was 24/7 on-call, using initiative to organise the clinics and arrange patient evacuations. It has remained a worthwhile and long-lasting challenge.

In 1990 I moved to RFDS in Cairns in a child health and evacuation role, servicing areas such as Far North Queensland and Cape York Peninsula, including four large Indigenous communities. My passion only grew from there.

What does your current role with the RFDS entail?
You know when your shift starts, however, you never really know when you will finish or where you will be going. Currently, as a Flight Nurse, I do emergency evacuations as part of the Cairns RFDS team. The roster is based on 12-hour shifts, either day or nights. No day is typical.

What changes have you witnessed throughout your 30 years with the RFDS?
The development and expansion of RFDS (Queensland Section) services to seven medical bases, a dental unit and mental health programs, demonstrates the strength and flexibility of the RFDS to remain vitally important to the communities we serve.

The Cairns region is responsible for establishing several play groups, educational field day events for remote communities and has achieved some of the highest rate of immunisations in Australia. It has been exciting work to make these and other projects viable, valid and instrumental in improving the services which the RFDS provides.

Do you have any advice for aspiring flight nurses?
This is one of the best nursing jobs if you want to work hard in a challenging and exciting environment of constant change. Attaining the necessary qualifications can be daunting — but definitely rewarding.