AUGUST 22 will mark the centenary of the death of a little-known outback stockman which attracted national headlines and proved the impetus for Reverend John Flynn's vision for an outback aeromedical service.

Kimberley stockman Jimmy Darcy suffered massive internal injuries on 29 July 1917 when his horse fell in a cattle stampede. An 80-kilometre ride on a dray over a rough track took him to the nearest settlement of Halls Creek in the far north of Western Australia.

Jimmy Darcy needed immediate lifesaving surgery and with the nearest doctor thousands of kilometres away, Halls Creek postmaster Fred Tuckett had to perform emergency surgery with the help of morse code, a penknife and some morphine.

For days, newspaper readers around Australia were gripped by the story of the young stockman's desperate struggle for life.

It was 2800km from Halls Creek where a doctor in Perth, Dr Joe Holland, instructed Tuckett via morse code how to carry out the surgery on Jim Darcy.

Tuckett is afraid he'll make a mistake – that he'll kill the injured man – but Dr Holland tells him if he doesn't act now Darcy will die anyway.

Using his pocketknife, Tuckett makes an incision above the pubic bone as the stockman's brothers try to ease his agony and shoo the flies away from the blood. Tuckett works for hours, cutting and stitching, stopping every few minutes to check the doctor's telegrams.

The operation on Darcy's ruptured bladder is a success but the 29-year-old stockman is weak and now suffering from malaria.

Dr Holland makes a mercy dash from Perth. He boards a cattle ship that takes an agonising week to reach Derby and he then spends six days in a Model T Ford held together by leather straps, bumping and thumping his way across the desert to save the stockman's life.

Aborigines help push his car across river beds and up sandy banks and he endures punctures, radiator leaks and engine stutters.

At one point he has to use the rubber tubing from his stethoscope to siphon the last drops of petrol from a can. The car finally conks out 40km from Halls Creek.

Dr Holland walks for two hours to a nearby cattle station and then rides through the night to reach the town at daybreak. Jimmy Darcy has died a few hours earlier.

The heartbreaking story is told in a new book, The Man on The Twenty Dollar Notes, in which 84-year-old Brisbane author Everald Compton documents the extraordinary life of Reverend John Flynn. 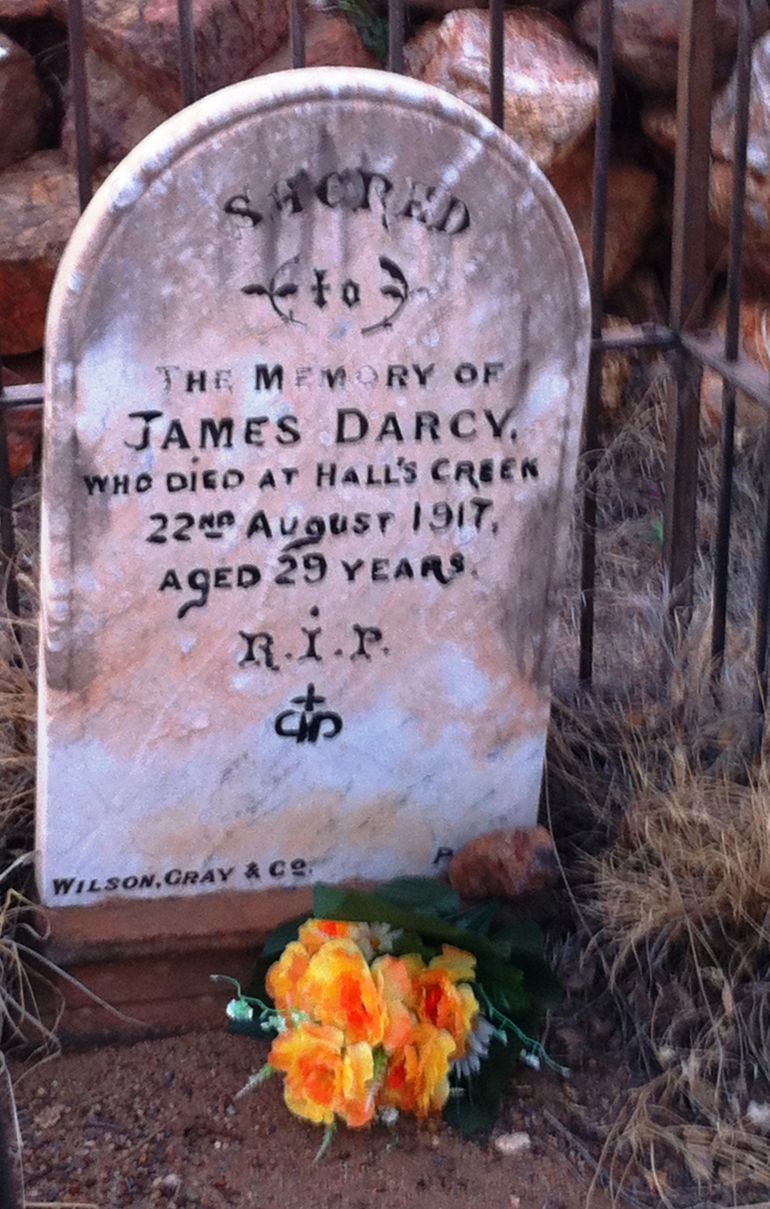 That same year Lieutenant Clifford Peel, a young Victorian medical student and pilot shipping out to the war in France, wrote to Flynn suggesting that aviation could transform the Outback.

Reverend John Flynn was deeply affected by Darcy's death and wanted to provide a 'mantle of safety' for people living, working and travelling in the outback.

Peel was shot down and killed the following year, unaware that he had planted a seed that would save thousands of lives.

It took a decade of hard work for Flynn's prayers to take flight but on 2 November 1927, the Brisbane Courier reported that a "try out'' of an aerial medical service was ­starting in Queensland's "lonely places'' and that Flynn and Alfred Traeger, who was working on a pedal-powered wireless, were in western Queensland making ­arrangements.

On 17 May 1928 – more than a decade after Jimmy Darcy's death – pilot Arthur Affleck finally took off from Cloncurry for Julia Creek in Flynn's first flying ambulance, leased from the new Longreach-based bush airline, QANTAS.

Covering more than 7.15 million square kilometres, today's RFDS has a fleet of 67 aircraft and provides emergency aeromedical and essential primary health care to more than 280,000 patients every day - someone every two minutes.

Flynn died in 1951 but as he said: "If you start something worthwhile, nothing can stop it."