Five years ago the journey began for a new TV drama that depicts the work of the Royal Flying Doctor Service. It is now screening on Channel 7 and available, on-demand, on 7Plus. 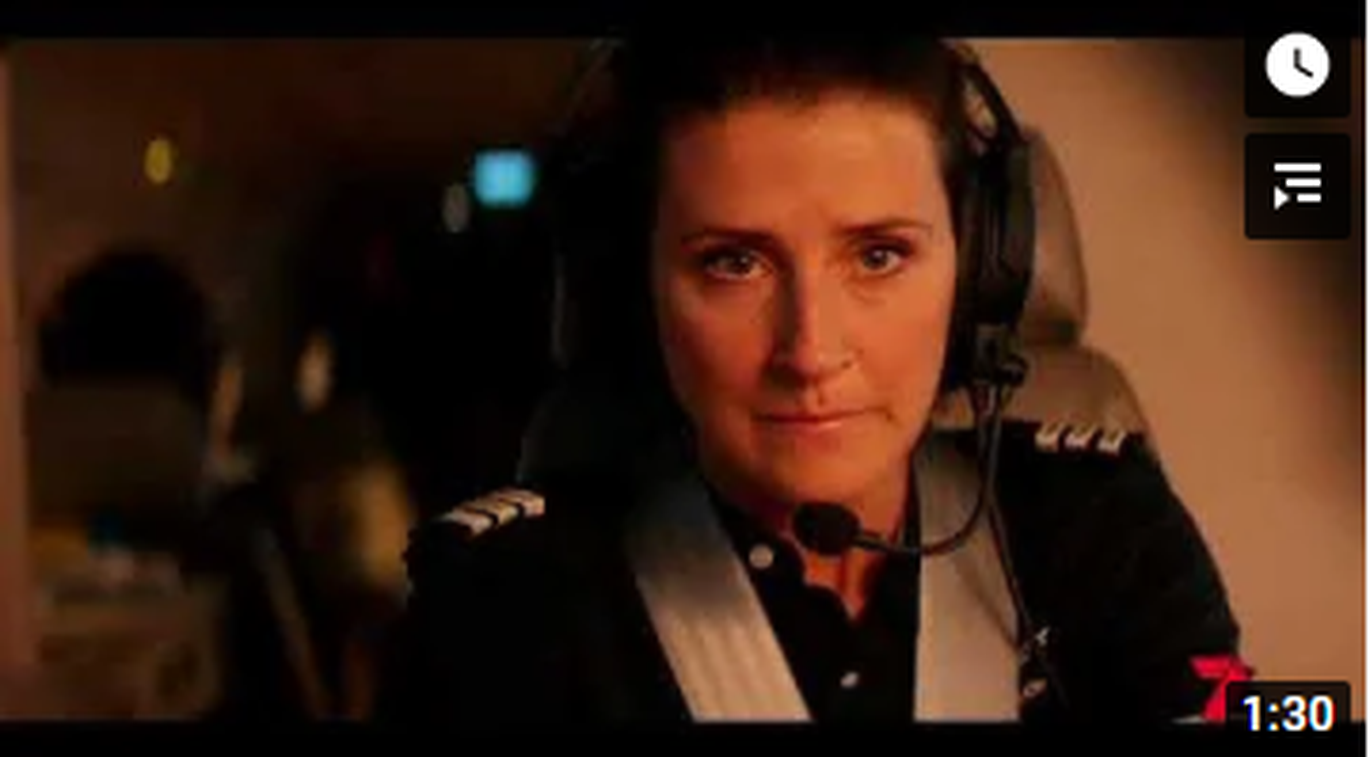 Endemol Shine Banks was keen to bring a new TV drama about the Royal Flying Doctor Service to screens - which was fabulous news for us.

Once the agreement had been made Endemol Shine Banks started an extensive and very thorough research project so their writers and producers fully understood the work and service footprint of the Service.  The RFDS took Endemol Shine to bases and clinics, facilitated the interviewing of doctors, nurses, pilots and patients. This process took more than a year - with scoping, scripting and pitches thoroughly worked and reworked until we got the great news that Channel 7 was aboard for this flight. The new Australian action-drama will be run on Channel 7 and 7plus across Australia. 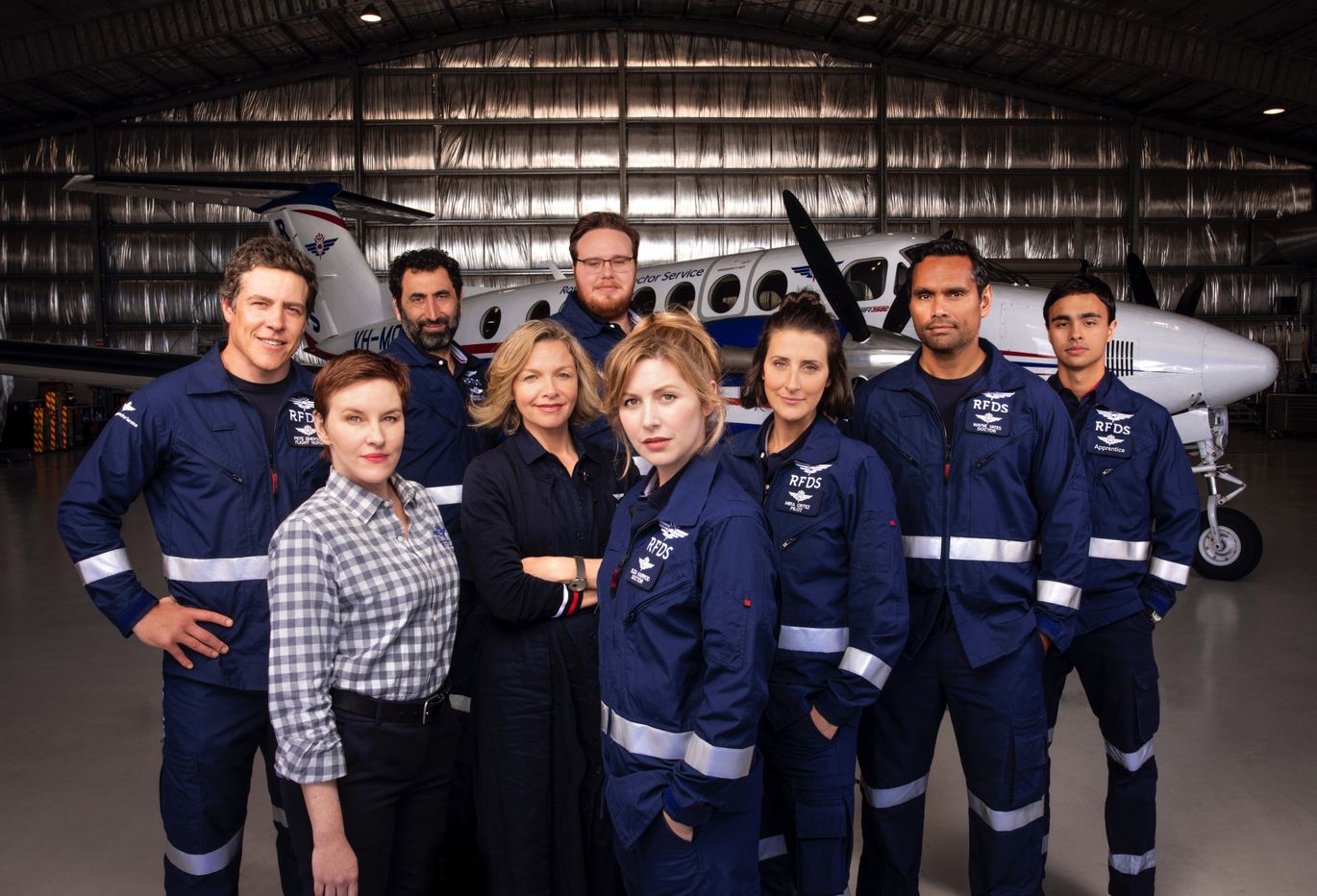 A committee was set up within the RFDS for advice to writers on aviation procedures/terminology, as well as medical and clinical processes and technical details. It is important to us that the story is true to what we do -- despite its fictional narrative.

As one of Australia’s oldest RFDS bases, the RFDS Broken Hill base was chosen as the location for filming due to its impressive red dirt landscapes, and the capacity to have filming set up alongside RFDS day-to-day operations without impacting delivery of primary health services and emergency medical retrievals. Broken Hill has long been a location favourite for filming – witness Mad Max 2, Priscilla Queen of the Desert, Mission Impossible II, Last Cab to Darwin and A Town  Like Alice.

Some 200 Endemol Shine crew and cast were involved in the filming, over 5 months and the majority based themselves in Broken Hill during this time. The RFDS worked closely with the EndemolShine Australia crew in the coordination of aircraft, staff, remote airstrip landings, filming at an operational base and set build -- despite challenges of 2020 with COVID lockdowns. 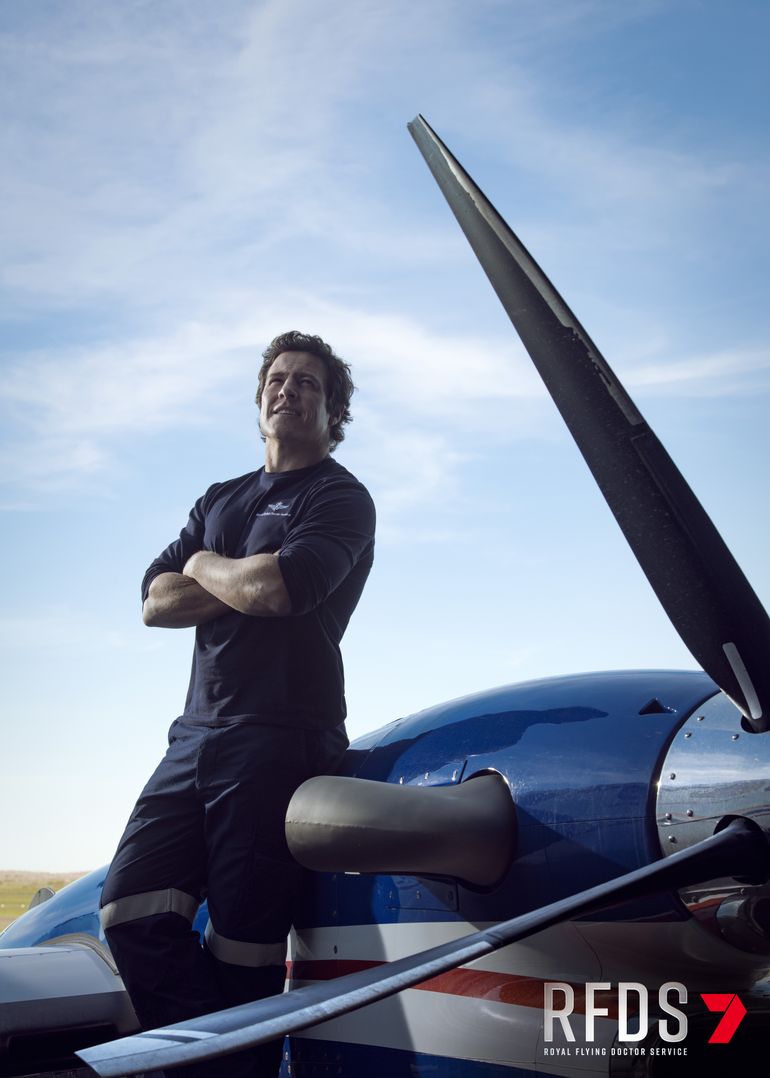 We are thrilled with the talent, including Logie Award-winning actor Stephen Peacocke (Home and Away, Wanted), Logie Award-winning star of stage and screen Rob Collins (Mystery Road S2, Total Control, Glitch) and acclaimed actors Emma Hamilton (Mr Selfridge, The Tudors), Justine Clarke (Tangle, Hungry Ghosts, The Time Of Our Lives) and Ash Ricardo (Offspring, Bite Club). Actors were invited onto RFDS bases and given access to RFDS operational staff to learn about the real RFDS and become familiar with the roles they were playing. Their on-screen performances really communicate the passion they have for the RFDS.Aptly titled 'RFDS', the new TV drama captures the beauty and brutality of Australia’s vast centre, where the doctors and the nurses, pilots and support staff of the Royal Flying Doctor Service negotiate the unique challenges of emergency rescues across some of the most inhospitable places in the country. It is also a story about community and people coming together to laugh, to cry and to triumph over adversity.

The RFDS staff and the Broken Hill community were heavily involved with the number of extras required on set. They embraced this opportunity and fulfilled responsibilities like true stars. The Broken Hill businesses also cannot be forgotten - many assisted in sourcing props for the set and keeping the cast and crew housed, fed and watered and entertained during their stay in town.

“This compelling series, led by an incredible cast and team of creatives, is based on the real-life stories of the Royal Flying Doctor Service and highlights the extraordinary work they do, day in, day out.“RFDS showcases powerful contemporary Australian drama on an epic scale. We are thrilled to bring this rich and engaging series and its magnificent setting of outback Australia to audiences.”RFDS is an Endemol Shine Banks production for the Seven Network, with major production investment from Seven in association with Screen Australia. It was financed with support from Screen NSW through the Made in NSW Fund and the Regional Filming Fund.

We hope that this series is loved by the public as much as we love it. Though it is a fictional piece about RFDS work – it is true to the passion, dedication and work that our RFDS staff do 24-7 around the country.

Premiered on 11th of August on Channel 7 and available on demand on 7Plus.