RFDS raises its voice on hearing loss in country Australia

Hearing loss affects some 3.6 million Australians and is predicted to more than double by 2060 in line with Australia’s ageing population. In 2017, hearing loss was estimated to affect one in seven people in Australia, including as many as three out of four people aged over 70 years.

But hearing loss is not just a problem for the older demographic.  For every 10,000 live births, between nine and 12 children have a moderate or greater hearing loss in both ears. Another 23 children per 10,000 will acquire a hearing impairment by the age of 17 years – through accident, illness or other causes.

The RFDS does not routinely conduct hearing screening in rural and remote Australia, however is committed to identifying appropriate service models to inform the national deployment of a hearing-screening program.

To achieve this trials have been completed with the purpose of developing an appropriate service model focused on conducting hearing assessments, raising hearing awareness and facilitating appropriate referrals to formal hearing screening.

Evaluation of the First Trial

The RFDS Mobile Dental Unit in QLD collaborated with Australian Hearing to develop, and deliver, hearing screening services to rural and remote residents in 27 Queensland towns between 1 August 2017 and 31 July 2018. The hearing screening service took advantage of the existing RFDS travel, management, brand, clinical governance and community engagement platforms. During this trial, 819 hearing assessments were conducted.

One in five people were identified with hearing outside of the normal range, indicating that the service played an important role in identifying people with potential hearing loss or related ear problems and provided timely referrals.

The service was well utilised and results suggest that people in rural and remote areas are willing to undergo hearing screening when services are offered in their local communities. 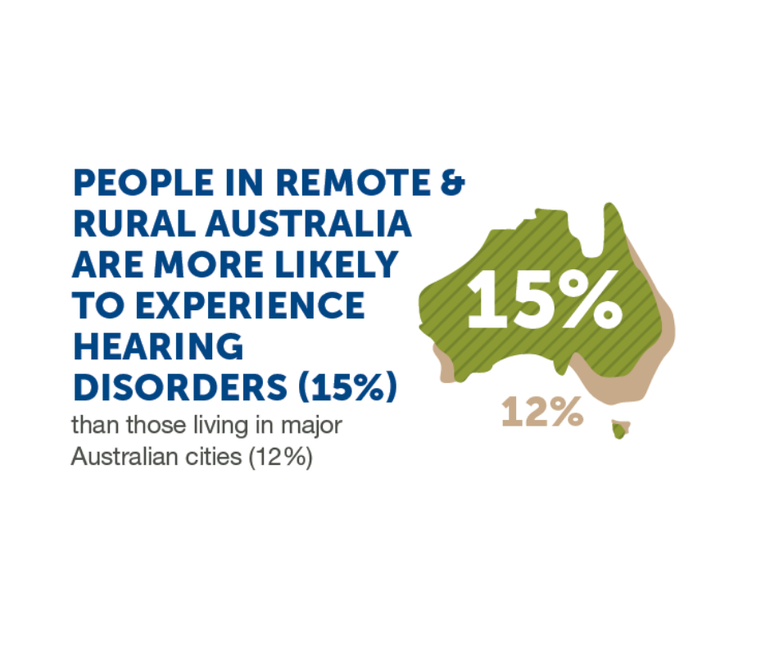