As a helicopter pilot flying tourists around the Red Centre, Alex Lawrie was living the dream. 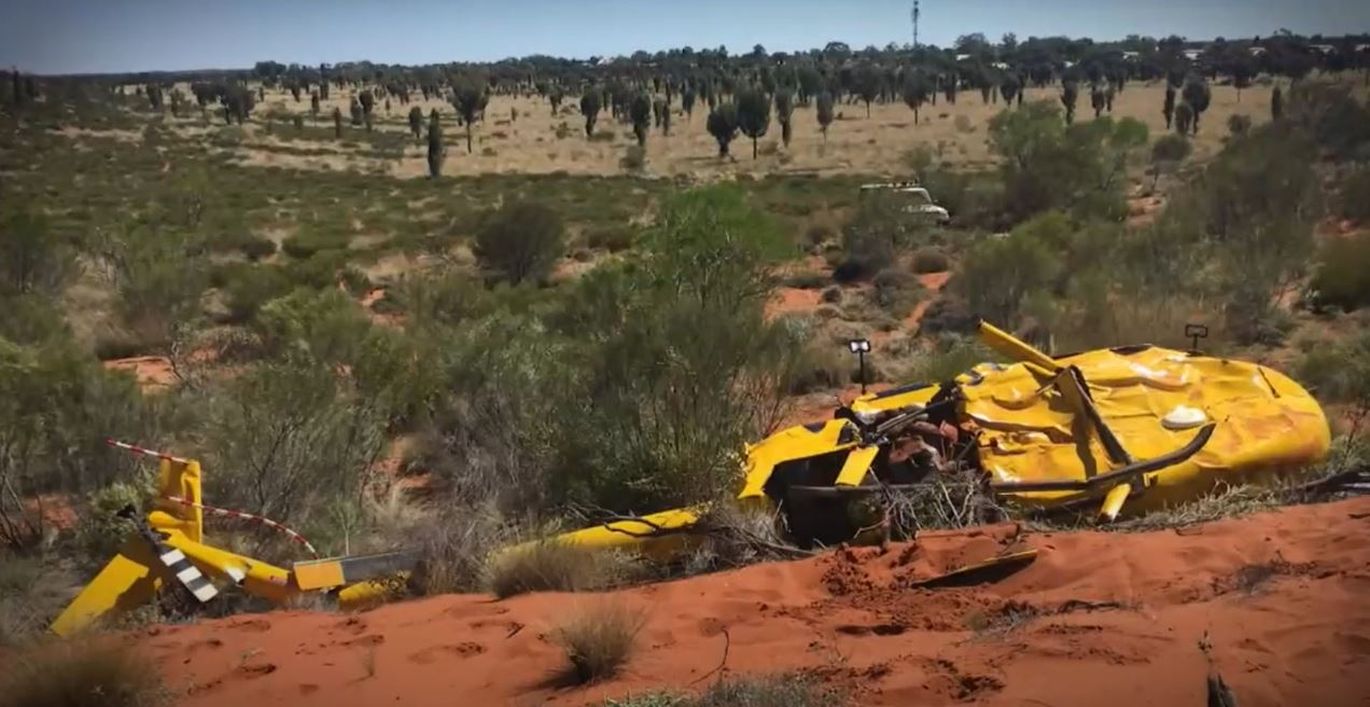 He felt nothing but exhilaration every time he flew above the rich landscapes of Central Australia, sharing the spectacular views with groups of wide-eyed travellers.

The then 32-year-old was just months into his dream job, when an afternoon scenic flight went horribly wrong. Seconds after taking off, an emergency warning went off, alerting Alex the chopper was losing power and there was a problem with the engine.

“That day, we knew we had a big group of 300 passengers coming in for a flight, so everyone was excited and looking forward to that. It was a perfect day for flying and we had all the engines ready to go,” he said.

“I took off on my second last flight for the day and within 30 seconds the helicopter stopped producing enough power to keep us in the air.” 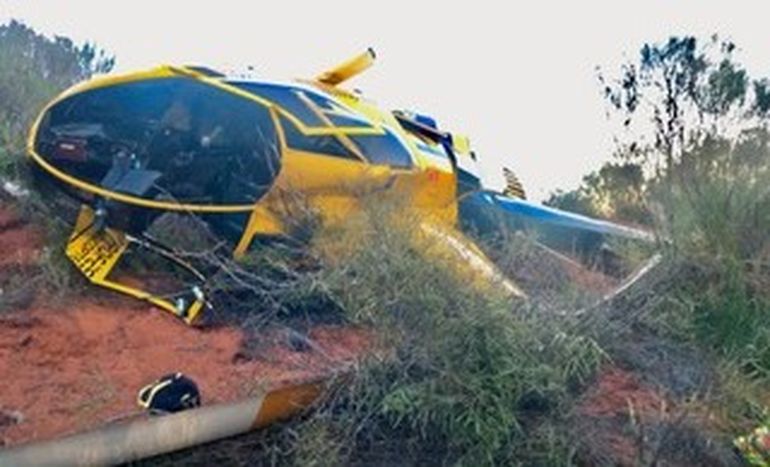 Without enough height to be able to glide back down, the chopper crashed into a sand dune.

All aboard the helicopter thankfully survived the impact. But for Alex, the worst was yet to come.

“After we crashed, I remember I was hanging upside down from my seatbelt. That was the only pain I could feel,” he said.

“I tried to undo my seatbelt, but I couldn’t. So, I tried to stand up to take the pain off my waist but I wasn’t able to do that.”

Local first responders rushed to the scene to stabilise the patients and Alex was loaded onto a helicopter bound for the closest clinic, Yulara Health Centre, to meet the RFDS, who had been alerted and tasked from its Alice Springs Base.

The RFDS crew with a specialist from the Medical Retrieval Consultation Centre (MRaCC) took as much equipment as the aircraft could carry, allowing for every eventuality, due to the violent nature of helicopter crashes and likelihood of spinal injuries.

On arrival, Alex was assessed by the team, who did an ultrasound to check for internal damage, stabilised him and safely immobilised him, before he was safely airlifted to Adelaide for further treatment.

“The RFDS crew was excellent, very professional, very calming – it was just comforting to know that they were there to support me in this terrible time.

“At no point did I feel that I was as bad as what I was.”

Alex was taken to the Royal Adelaide Hospital, where he underwent X-rays and scans before going into surgery for seven hours. Emerging from the operating theatre with titanium rods holding up his spine, Alex was told that his 13th vertebra had been destroyed.

He received the devastating news that he would never walk again.

"There was no sugar coating it or anything – it was, ‘Look Alex, these are your injuries and unfortunately you will never walk again.'"

“That was heartbreaking and knocked the wind right out of me. It’s something no one should hear.

“But I do remember at the time that I was very adamant that I was going to walk again… I just kept saying that I would.” 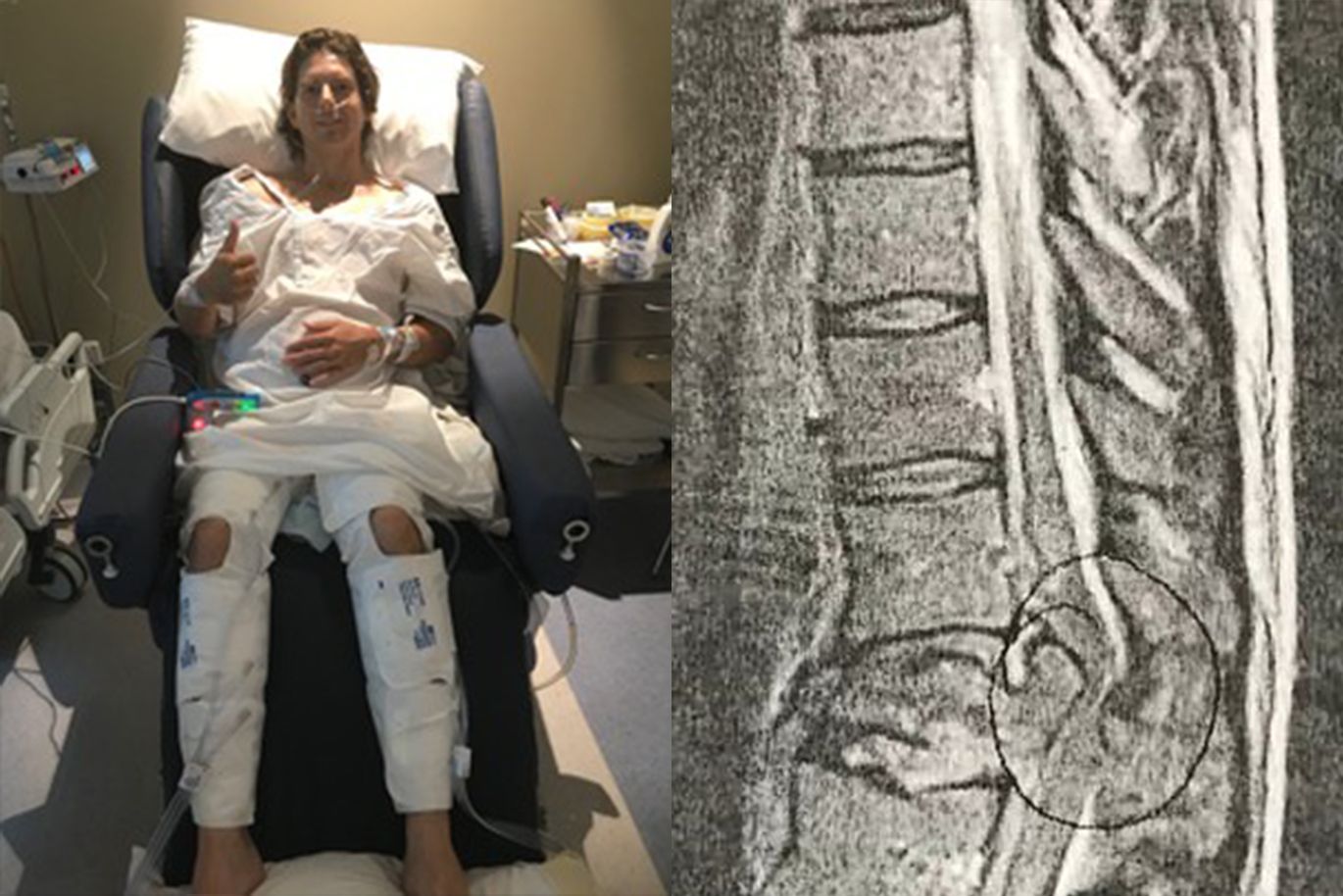 Photo: Doctors told Alex the accident crushed his spinal cord to 15 per cent. 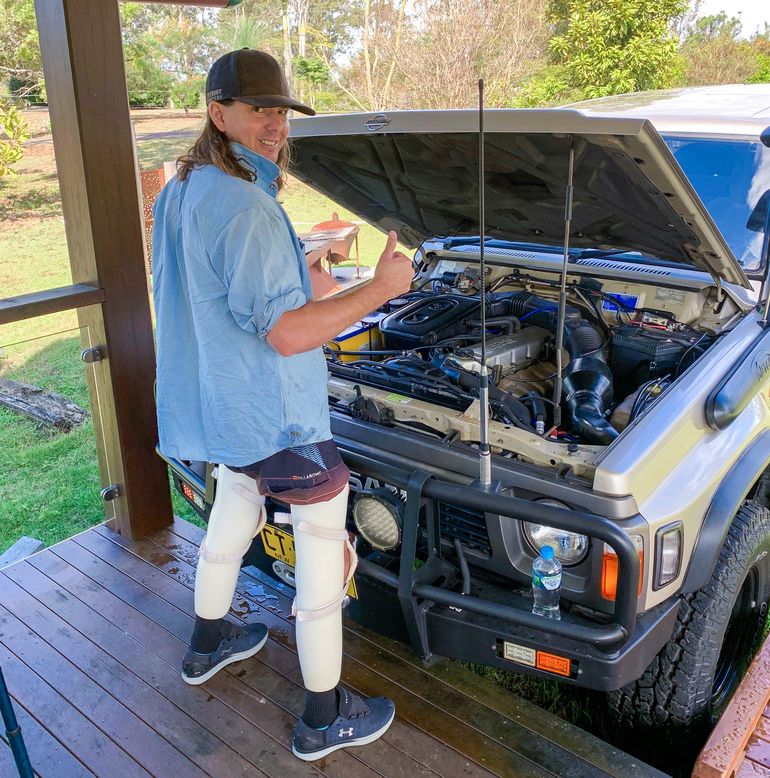 Alex was diagnosed as a complete paraplegic, meaning he has no feeling or movement from the waist down.

But he didn’t let this halt him on his journey to get back on his feet.

For the past four and a half years, Alex has been working on his rehabilitation with the help of NeuroPhysics, an exercise-based therapy that helps train new neural pathways in the brain to help the legs function.

When Alex first started therapy, he could barely get out of his chair. Today, he can leg-press his own body weight.

“I’ve gone from walking wearing calipers and using a wheelie walker… to now where I’m just walking, no knee braces, no supports, purely just the wheelie walker,” he said.

“To look back on being told I’d spend the rest of my life in a wheelchair, to where I am now, walking by myself and seeing my legs start to regain muscle and strength – it’s incredible.”

In May 2021, three years after the accident, Alex visited crews at the RFDS Alice Springs Base to hand over a $5,000 donation.

“To me, the Royal Flying Doctor Service means the world. Without their fast response, their care, their professionalism, their ability to know what’s happening where I need to be and what was going on, I wouldn’t be where I am today,” he said.

“The Royal Flying Doctor Service played a massive part in my recovery.”

Alex said he also owes it to his family for keeping him motivated, especially on his down days.

His dad, Alex Lawrie Snr describes his son as an inspiration to everyone who knows him and said the RFDS provided the comfort to his family when they needed it most.

“I had every parent’s worst nightmare in receiving a phone call that this had happened,” he said.

“But the moment that I spoke to the people that were looking after him in care – the RFDS, the doctors – it had a calming influence on our family and I knew that he couldn’t get better treatment and professionalism.” 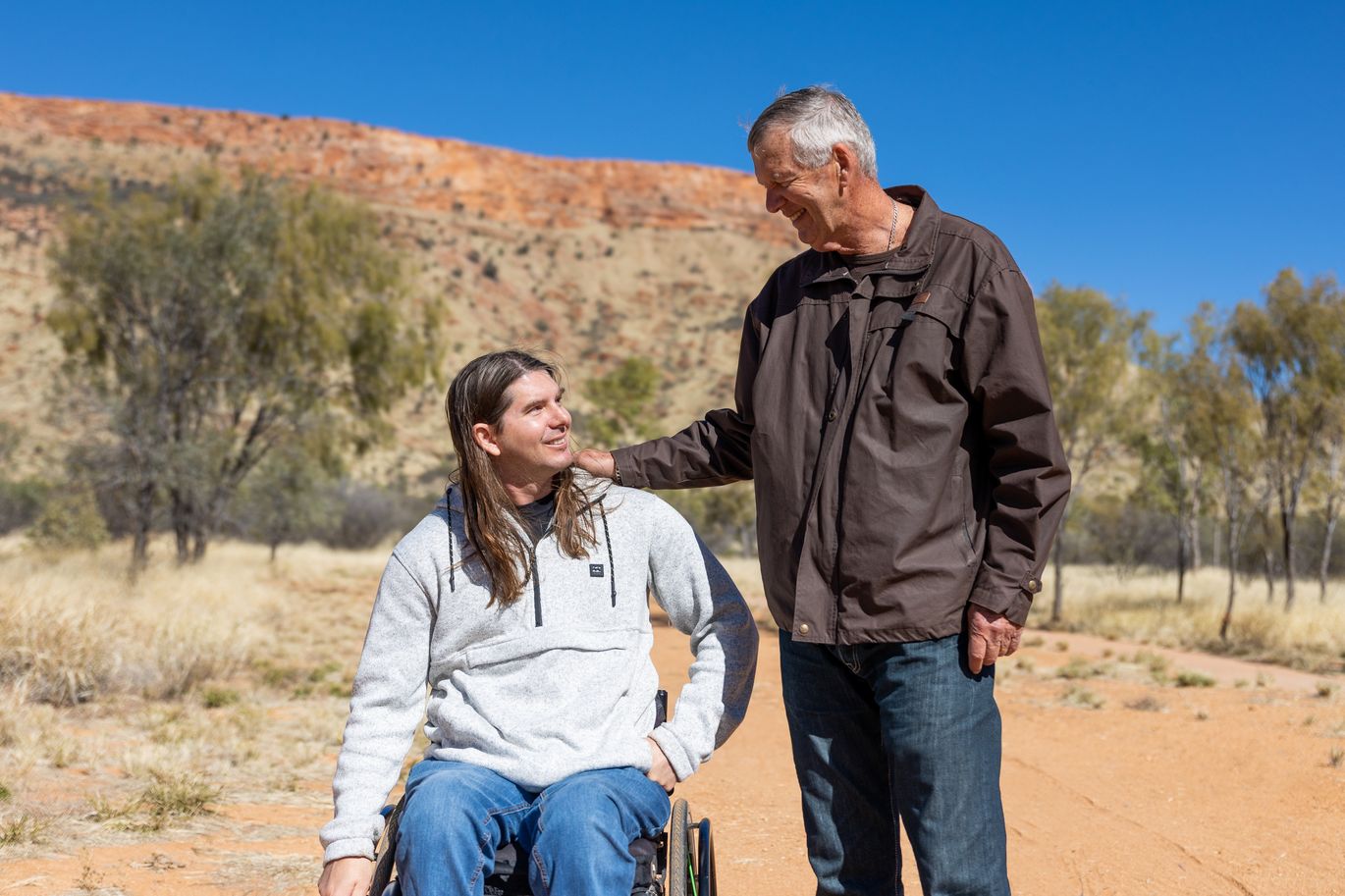