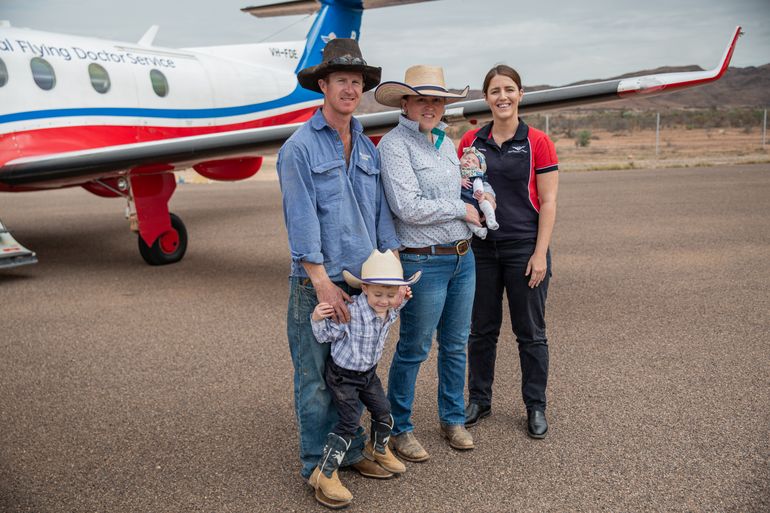 Pregnant with her second child, Anna was busy raising her three year-old son Roy and working full-time with husband Justin on Wooltana Station, more than 500 kilometres north of Adelaide.

“My earache just happened to start on a day that the Royal Flying Doctor Service was conducting its regular fly-in primary health clinic," Anna said.

“You feel like it’s a bit of an inconvenience to ask about an earache. But as the RFDS always say, that’s what they’re there for — to help no matter how minor it seems.”

In Anna’s case, the earache wasn’t minor. Weeks later, she discovered a lump on her neck.

At 34 weeks pregnant, Anna was diagnosed with mucoepidermoid carcinoma – a very rare but potentially fatal cancer.

Watch the video to find out more.

Remote Rescue Badly Broken, Barely Breathing Down To The Wire
Go back