Thanks to you, Tim is ready to start school 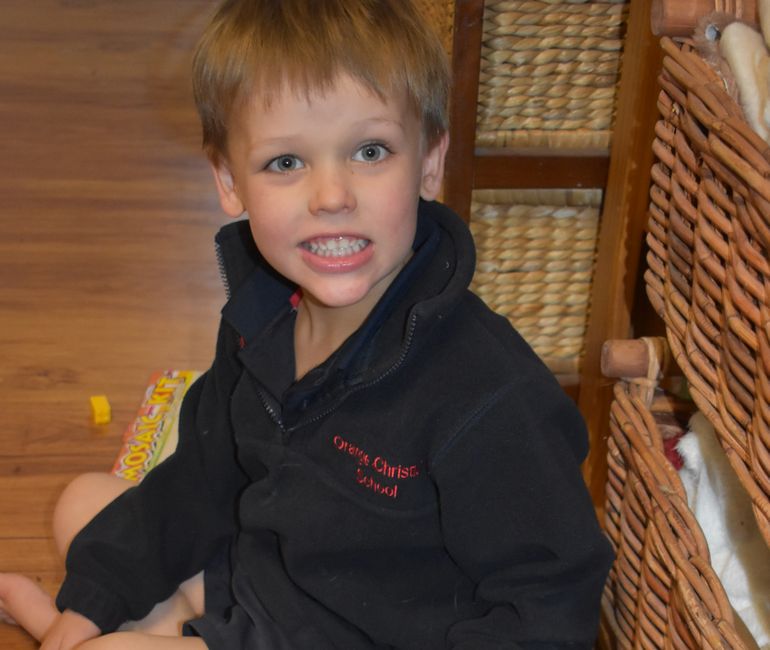 Steph and Gareth Danis live on the outskirts of Orange in the Central West of NSW with their sons Toby (6) and Timothy (5). Steph and Gareth know the importance of health care in rural communities as they are both critical care nurses at the Orange Health Service.

“We love living rurally. We live less than three minutes drive from our workplace and yet at home, it feels like we are in the middle of nowhere. Everything we need is in Orange, and our boys can have the freedom to roam,” Steph said.

Toby and Timothy love living in the countryside surrounded by paddocks and orchards, but Tim had a rocky start to life, becoming gravely ill when he was just five weeks old with a fever that wouldn’t settle.

“I took him to the emergency department at the hospital where he became progressively unwell, and nobody could figure out what was causing it. It turned out to be a virus called Parechovirus, which wasn’t commonly known about at that time,” Steph recalled. Parechovirus in infants can be extremely serious, leading to a more severe blood infection (sepsis) and neurological infection (meningitis or encephalitis).

It became clear that because Tim was so young and sick that he would be best managed in a specialist children’s hospital. The hospital called the Newborn and paediatric Emergency Transport Service (NETS retrieval service), who would normally come by helicopter, however, it had been storming that day and was unsafe, so the Flying Doctor was called.

“I won’t forget that flight to Sydney. It was getting dark and was pretty windy. I was very nervous as I had never flown in a plane that small before, but there was no way I could send my little boy down on his own,” Steph said.

Steph remembers that her flight nurse and doctor were very comforting and reassured her that the pilot was an expert at his job. Despite Steph’s fears of the wild weather, the flight went smoothly.

Tim was very unwell for a week and needed to be on a ventilator in intensive care for three days with seizures, breathing difficulties and heart problems. You will be pleased to read, after a week he recovered from the virus with no lasting effects.

Steph and her family are so grateful that you are standing with families like hers. Your support means that we were ready to help, so Tim could get the treatment he so desperately needed. She says that if the Flying Doctor had not been available, they would have had to be transferred to Sydney by road, which would have meant a 4-hour drive.

“It is reassuring to know that should we ever need to be taken to Sydney for urgent care, the Flying Doctor is always there to help. We are most fortunate to have such a great service freely available
to us whenever we need.”

Tim has just turned 5 and is ready to start school. The smiley little boy is worlds away from his time as a sick infant. Steph and Gareth want to thank people like you for your generosity and encourage as many people as possible to donate to keep the Flying Doctor in the air.

“This is a fantastic service and we’re lucky to have it. Please donate to keep it going!”