James goes boots and all in fun run for the RFDS

Last year he had to call the Flying Doctor when he broke his leg when he was in the outback for work.

A wild idea for some, but for Mr Caruana it’s all about saying thank you to the RFDSSE.

“Ever since being picked up by the Flying Doctor I’d always wanted to give back to the service,” he said. “Being retrieved was honestly a real eye-opener at how incredible the work they do is.”

It was April 2021, at the annual White Cliffs gymkhana and rodeo, when Mr Caruana, accompanied by his Opal mining mates, decided to take part in one of the bull riding events. 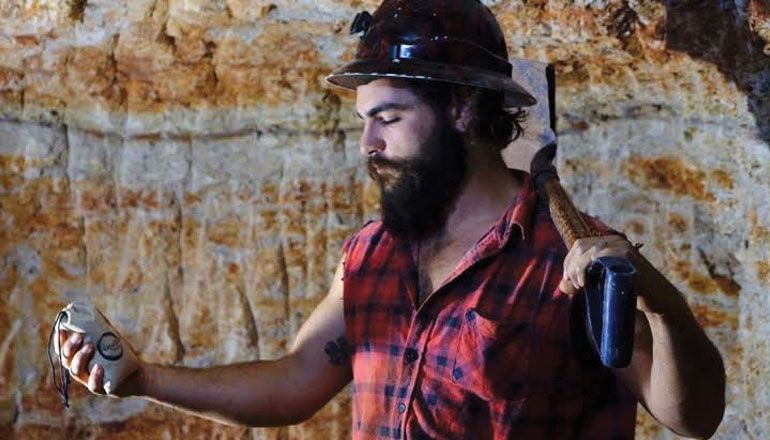 Nearing the start of the mining season, the group were also being filmed in the latest season of Outback Opal Miners and had yet to find a gemstone so thought winning a cash prize would be straight forward.

However, their fun day out immediately turned dire, when Mr Caruana was thrown from the steer bull he was riding, while his leg was caught, resulting in his tibia bone completely snapping.

After being taken to White Cliffs hospital and tended to by the local medical staff, Mr Caruana, still in his mining uniform, was then transferred to Broken Hill by the RFDSSE emergency retrieval team.

“I have been assured by a lot of people since the accident that I am no bull rider,” Mr Caruana joked.Thankfully, no surgery on his leg was required and for the rest of the year Mr Caruana got stuck into intense physiotherapy, resulting in an excellent recovery.“Getting back on my leg felt really weird and I had to take it slow, but I kept up the exercises daily,” he explained. “Eventually, within six months, I ended up going on a four-kilometre run.”

Always a keen runner, and now back living on the coast with his family, Mr Caruana wanted to give the fun run a go and because of his outback ordeal, said it was an easy decision to make when putting forward a charity to raise funds for in the 52nd City2Surf.

“It was a bit rough running in the steel capped boots, but hopefully my outfit encouraged spectators to have that initial conversation about donating to the aeromedical organisation” he said.

Mr Caruana completed the race in just under an hour and a half, raising more than $2,260 which will go towards bringing lifesaving health care to people, living, working and travelling in the outback.