A peek at the life of a Flying Doctor Flight Nurse 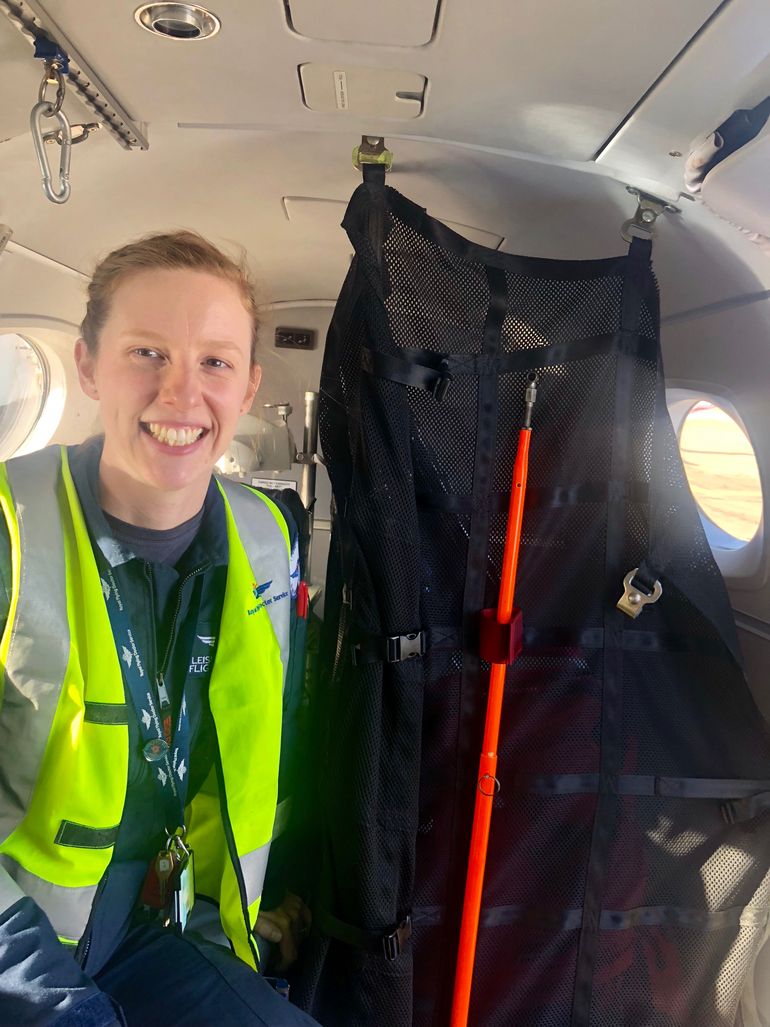 I’ll try to grab some sleep, I thought, just before midnight. As a flight nurse with the Royal Flying Doctors Service, I was due to clock off my 12-hour shift at 6am. But it was good to rest if there was a chance. Then my phone blared. ‘It’s the Aeromedical Control Centre (ACC),’ the operator said. ‘I’ve got a job for you. A 32-year-old male has been crushed in some equipment.’Throwing my uniform on and grabbing my pack, I’m at the Dubbo base in minutes and ready to fly.

The pilot and I flew 400km to Cobar, meeting the patient at a country hospital where I did a full assessment; involving assessing neurological status, listening to his chest and abdomen, feeling for any possible broken bones, checking neurovascular status and ensuring he didn’t have any spinal injuries or internal bleeding. As he was suffering from broken bones, it was our job to fly him to a bigger unit in Dubbo. It was a very bumpy ride. ‘It’s just turbulence,’ I called over the roar of the engine. He was okay, but we do have sick bags just in case! Handing him over to paramedics at the base, my phone rang again.

‘An 18-year-old male has been bitten by a brown snake,’ I was told. Straight back in the air, after 50 minutes we reached Lightning Ridge. The patient’s mates had bandaged his legs to slow down the venom, and police raced to meet us with the anti-venom. Luckily, he didn’t need the anti-venom but we brought him to Dubbo to be monitored. Together we got to see an incredible sunrise from the sky—a great perk of the job!

After a rare four days off, I’m back on call. Halfway to the base to check in, my phone rings. A man, 41, was critically unwell with asthma. Because of how sick he was a doctor flew with us. Struggling to breathe, we took him to hospital.

A young man was discharged from hospital in Sydney. He’d been in for months after being injured in a car crash. So we flew him back home to meet his family in Dubbo.

No call outs today! So I catch up on paperwork and my emails.

An elderly gentleman in Tamworth had a nosebleed for three whole days. Losing a lot of blood, we flew him to hospital for surgery. Then we get a call to a horrific-sounding accident. A 28-year-old mum has broken her neck in Mudgee. Doing a backflip to show her kids, she landed badly and hurt herself.

Assessing her, it was clear it could have been a lot worse but she had some numbness in one arm. Slowly and steadily, we loaded her on the plane. In a neck brace flat on her back, she can’t see what’s happening or what any odd noises are. So I talk her through it as the pilot keeps the flight as smooth as possible. ‘It’s only ten more minutes,’ I say when we’re close. If you’re nervous or in pain, it can feel like a lifetime.

After a day off, it’s time for my favourite job. All flight nurses are qualified nurses and midwives. So I’m spending time in a maternity unit to keep up my midwifery skills. I got to bring two gorgeous little boys into the world, lucky me!

An absolute scorcher of a day, and an elderly lady was overcome by heat in Cobar. It turned out she’d decided to walk to the supermarket in 45 degrees. ‘I do it every day!’ she said, by way of explanation. Cooling her down, I checked her heart and took her to hospital for monitoring.

It’s been an eventful couple of weeks, but helping people when they need it most is incredibly rewarding. I wouldn’t swap my job for the earth—or sky!