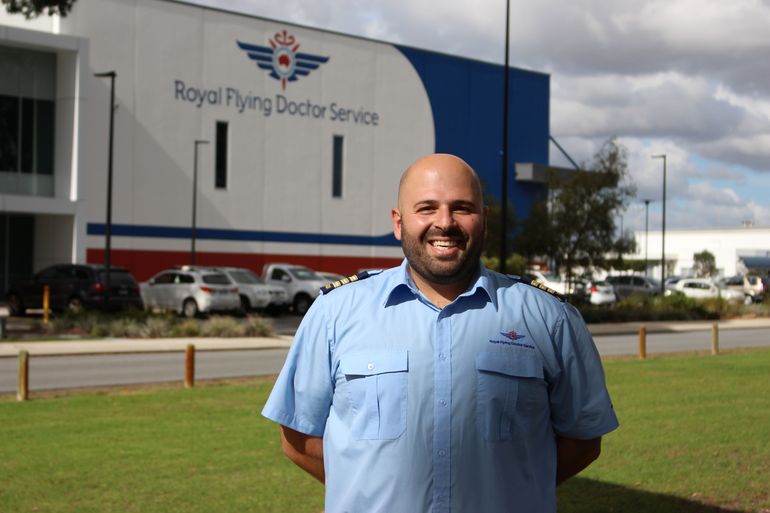 Tiger Air Boeing-737 pilot Joe Saad has temporarily swapped the big city lights of Melbourne for the red dirt of Meekatharra in Western Australia after responding to a call-out from his former employer, Royal Flying Doctor Service Western Operations.

So far, Joe joins 33 other returned and new pilots, doctors, nurses and engineers as the essential life-saving service increases its front line workforce capacity by 25 per cent in preparation for a potential increase in patient demand during COVID-19 and beyond.

Joe is no stranger to operating the Flying Doctor’s iconic red-belly PC-12 turboprop aircraft, landing on dirt strips, shift work and life in outback Western Australia after having spent nearly a year working out of the Meekatharra base in 2015.

“I’m grateful to have been called up and offered my previous position to help out during these tough times,” Joe said.

“The tough side of it is having to leave my wife and family back home in Melbourne, that’s been very difficult but they’ve been very understanding and supportive and we’re lucky to have the technology to keep in touch.

“The first two weeks in quarantine I thought I was going to have plenty of time to watch Netflix but I was really wrong about that.

“As part of our induction, we were kept very busy with WebEx video conferences every morning and plenty of exams and questionnaires to get through the day so we’re prepared to transfer patients in different circumstances.”

After making it through two weeks of self-isolation, Joe has undertaken intensive training on infection controls and procedures at the Jandakot base as he prepares to join RFDS Meekatharra crews in a week’s time.

“From what I’ve seen so far, I think Western Australia is leading a lot of the states in our response where patients, pilots and medical crews are all looked after,” he said.

“The Personal Protective Equipment (PPE) training is intense and controlled. It gets very hot wearing overalls, a face mask and two sets of gloves and once we’ve done a COVID-19 transfer, we decontaminate our boots by stepping into a bucket of water and bleach.

“There’s a particular way of putting on and taking off your protective gear, practicing regular hand hygiene throughout the transfer and just things like using your elbow to press buttons instead of using your hand. All in all, there’s about 15 to 20 steps on a checklist and it is tick and do.”

Joe said working in aeromedical aviation was definitely more challenging but the job was highly rewarding.

“What helps when you get a call from the Coordination Centre at one in the morning is knowing that you’re actually going to help someone who is in need of urgent medical care and it gives you the adrenaline to wake up and do your job,” he said.

“For people living in Meekatharra, the Royal Flying Doctor Service is an absolute must as it is so remote and 7-8 hours by road to Perth compared to 1hr 35 mins by flight. That time saved can make a huge difference for people who find themselves in a medical emergency.”