Just before the official formation of RFDS Tasmania in 1960 the Tasmanian Aero Club used various aircraft for aeromedical flights and both the pilots and medical staff achieved amazing emergency rescues around the state and on the Bass Strait Islands. 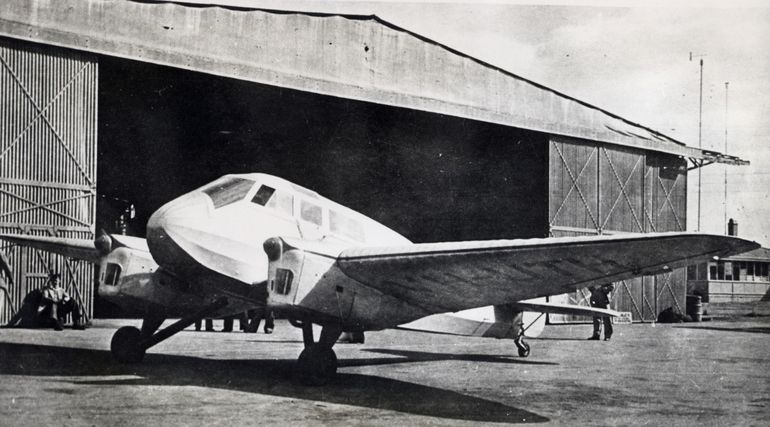 After a recess during World War II the Tasmanian Aero Club was reactivated in December, 1945 and the club was quick to secure war surplus DH-8Z Tiger Moths to use for pilot training
These two-seater trainers had no ability to carry stretchered medical patients and the club members realised the need to provide an aircraft able to undertake the increasing requirement for aeromedical evacuations, in particular from the Bass Strait islands and other remote areas of the state.
An application was made to the State Government for a 4000-pound grant to purchase a twin-engine, four-seat, British-built Monospar ST-12. The aircraft could carry one stretcher and was powered by two 130hp Gypsy Major engines. In 1936 a Monospar ST-12 won the prestigious Kings Cup race in the UK.

The Monospar VH-UTH arrived in Tasmania in 1959 and its history showed that it had originally been imported to Australia by New England Airways in 1935, was named Captain Cook and used for passenger and charter flights.
On a flight from Sydney to Brisbane in 1936, with two passengers on board, the pilot ran into bad weather just south of Brisbane and spent 45 minutes lost in cloud, rain and darkness before finding Beaudesert, approximately 20kms west of Southport.
Cars were sent to light up a suitable farm paddock to allow the aircraft to land. However, at the end of the landing run one wing struck a fence and while the pilot and one passenger were not injured the second passenger, former Australian Prime Minister and Federal Minister for Health Billy Hughes, received a broken right collarbone.
To add insult to injury the car he was travelling in from the crash scene to Beaudesert for medical treatment was in a collision with another car and he was lucky not to receive any further injuries!

The Monospar was repaired and sold to a Rockhampton taxi service and then, after two more owners, it was purchased by the Tasmanian Aero Club in 1959 to be used for aero-medical flights, twin engine training and private flying.
Club members who flew the aircraft advised that the single engine performance was poor due to the non-feathering wooden propellers fitted.
One stated that “if you close one engine down over Launceston at 1500 feet it could barely make it back to Western Junction even downhill all the way”.
An unusual feature of the Monospar was that the wings could be folded up for easier storage.
Maintenance proved to be difficult and expensive and in 1952 the Monospar was traded on a new single engine four-seater Auster J5 “Autocar”, VH-KBP.
The Auster could carry a pilot, one stretcher and attendant but only carry-on medical equipment. It had no lighting, radio or navigation equipment other than a compass. 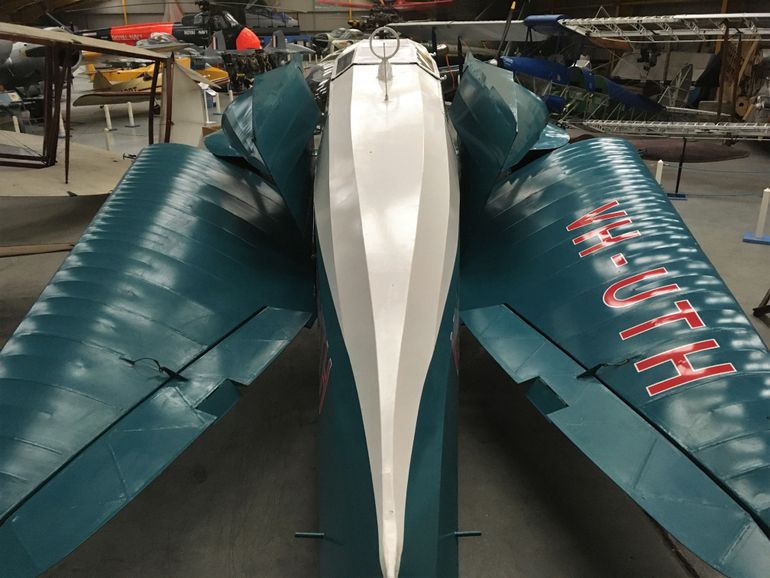 After being traded on a new Auster J5VH-KBP, the Monospar moved to Sydney. UTH then flew with various owners including flying schools and private owners.
In 1958 it was purchased by Dr John Morris from Sydney. With friend B. J. Harrison he began planning a flight to the UK. Painted blue and white with a kangaroo on the tail the Monospar left Sydney on August 17, 1961 and Darwin on August 22.
This proved to be an epic flight. They arrived in the UK on the September 20 after a 12,000 mile flight through 22 countries and involving 120 hours’ flying time.
Crossing Indonesia and Malaysia heavy monsoon rains and associated high humidity created problems with the radios.
In some areas fuel was difficult to obtain and many of the countries crossed were involved in civil unrest and wars, creating problems obtaining flight clearances. At one stage they finished up in prison for a short time. The full story of the flight is told in a book by Dr Morris “Two men in a flying machine”.
In 1964 Dr Morris sold the Monospar to a private UK owner.

Over the next four years UTH seemed to be based at various aerodromes, often parked in the open with its condition deteriorating. One of the aerodromes was Panshangar, a name well known to Tasmanians as the Mills family property at Cressy.
In 1968 and in poor condition the Monospar was acquired by the Neward Air Museum at Nottingham. It was moved to the museum in 1970 to be restored to static display condition.
After a very long and difficult restoration that spanned 51 years, the aircraft was finally completed in 2021, restored to the blue and white colour scheme including the Australian registration VH-UTH and the kangaroo on the tail.
I am proud to have been able to provide the museum with many photographs and information on the role played by the aircraft providing aero-medical services in Tasmania leading to the establishment of the Royal Flying Doctor Service section in Tasmania in 1960.
VH-UTH is now 87 years old and is the only Monospar ST12 left in the world. The restoration is a credit to all involved and admired by thousands of visitors to the museum.
Sadly Dr Morris was later killed in an aircraft accident in the UK.

- This story was told by RFDS Tasmania emeritus board member Lindsay Millar OAM over two editions of TakeOff Magazine. Please click below to view the entire magazine.