The RFDS partnered with two South Australian Aboriginal artists in November to launch a major artwork and uniform piece inspired by the remote communities it serves.

The artwork created by Kelly Taylor and T’Keyah Ware was unveiled as part of NAIDOC Week celebrations and reflects a powerful connection between the Flying Doctor and the Antakirinja/Yankunytjatjara/Kokatha artists, first forged 18 years ago.

“The RFDS has a special place in our family’s heart as I have been flown out with RFDS from Ceduna to Adelaide with two of my pregnancies in 1999 and 2002,” artist Kelly Taylor said.

“I went into emergency at the Ceduna Hospital when I was pregnant with T’keyah and was then flown to the Royal Adelaide Hospital. I really appreciate everything the Flying Doctor does for the community.” 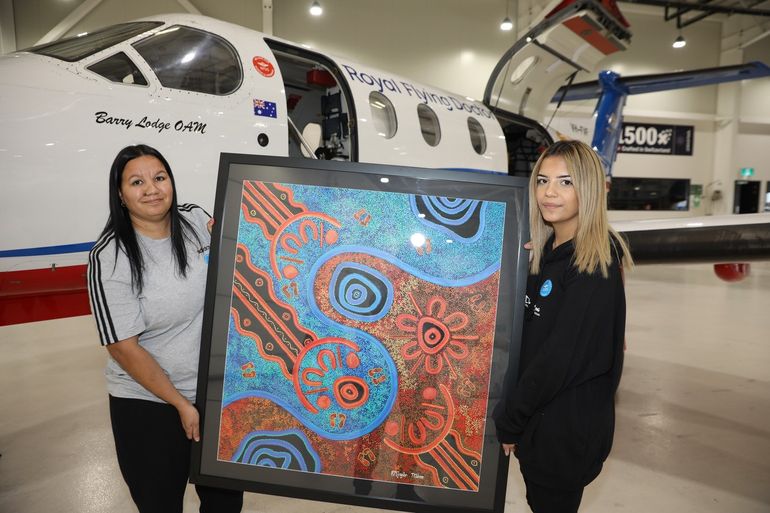 A Port Augusta staff member first came up with an idea to create a special Flying Doctor uniform to celebrate Indigenous culture and history last year, eventually leading to the unveiling as part of our NAIDOC Week celebrations.

NAIDOC Week celebrations are held around the country each year to celebrate the history, culture and achievements of Aboriginal and Torres Strait Islander peoples.

The original painting now has a home at the RFDS Adelaide Base while full-size prints are being displayed at all RFDS bases across SA/NT including Port Augusta, Alice Springs and Darwin, as well as its Remote Area Nurse clinics at Andamooka, Marla and Marree.

“As artists – and as past users of the RFDS service, Kelly and T’keyah have depicted beautifully the story of the Flying Doctor in remote communities and I congratulate them both on their magnificent design,” SA Premier Steven Marshall said at the launch event.

“The design will be a point of pride for Flying Doctor clinicians, pilots and support staff as they work in communities, providing valuable medical services to their patients, and their families.”

“I am really excited to have a visual commitment of our pledge to cultural safety. Health clinicians entering and engaging with Aboriginal communities through remote South Australia and Central Australia needed to deepen their understanding about diversity and Aboriginal cultural groups," she said.

“Strengthening our relationships with First Nation leaders and community members by leading community consultation, communication and consent are valuable steps towards a collaborative and trusted partnership in improving health outcomes,” she said.

“I know our new shirts will be embraced and worn with pride by all our staff, and I can’t wait to see the faces of our remote community members on their ‘maiden flight’.”

The artwork’s storyline represents the Flying Doctor’s role within remote South Australia and Northern Territory where the service flies 24/7 to some of our country’s most remote communities and towns.

“They have a special team of health care specialists to help our most at-risk people and get them to the larger hospitals to receive the best care possible,” Ms Taylor said.

“The artwork shows a blue line tracing an aircraft’s journey past waterholes, remote communities and towns along with showing tracks and trails of the RFDS’s past, present and future.

Three generations have had a hand in the artwork produced by the First Nations artists with Ms Taylor citing her late grandmother Millie Taylor (nee Lennon) as her key influence.

“My Nana Millie was my teacher, she always encouraged me to paint and passed many ancient stories down along the way,” Kelly said.

The Royal Flying Doctor Service called for expressions of interest earlier this year from South Australian or Northern Territorian Indigenous artists interested in a paid collaboration to create a bespoke design for a new range of staff apparel.

As a key provider of health services in rural and remote Australia, the RFDS is also committed to the “Close the Gap” campaign to improve both health outcomes and access to health services for Aboriginal and Torres Strait Islander peoples. 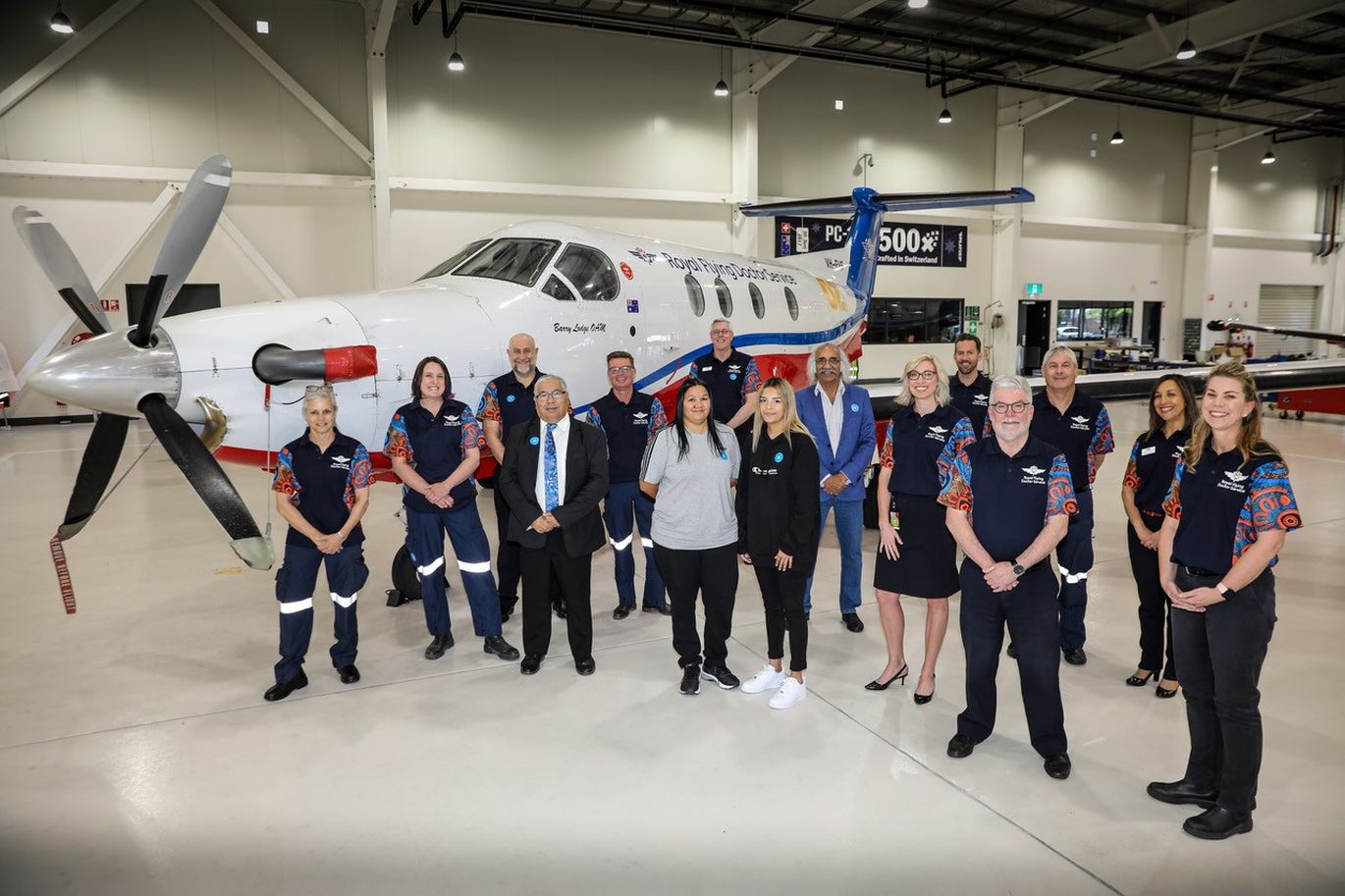