Lying on a claypan after being flung from a motorbike on the Clifton Hills Station in the far north-east corner of South Australia, station manager Peter Nunn knew the RFDS was on the way.

“They got me into Mount Isa and when I got there, I had respiratory failure. I was put into an induced coma and then flown onto Townsville.

“I’ve only just been given full clearance to get back to work. It was really good when I heard the Flying Doctor team was on the way.

“They are calm people - when you are busted up and they arrive, they are so cool and calm. It really sets your mind at ease.”

Peter and his wife Fiona along with their two children, Beau, 10, and Saxby, three, live on the second largest cattle station in the world, stretching across 1.65 million hectares on the Birdsville Track about 820 kilomeres north-east of Adelaide.

Their isolation means they know the value of the Flying Doctor with Peter saying he’s been a fan from childhood. He can remember being at a RFDS rodeo fundraiser in Queensland organised by his father when he was 10 years old.

“My Dad was organising the fundraiser and I fell off a fence and broke my arm. Dad said we couldn’t get the Flying Doctor out here for this given we’re raising money for the service, so my mum drove me a few hours to the hospital,” Peter says with a laugh.

It was in 2016 when Peter experienced another life-changing encounter with the RFDS. He and station hand Jarrod Coulthard were driving back to camp at Clifton Hills Station when their four-wheel-drive blew a tyre and rolled several times.

Jarrod was knocked unconscious after being flung from the vehicle and ended up trapped underneath the wreckage.

“Luckily, there were some blokes working on the road nearby and they came to help. We found a chain and pulled the vehicle off of him and he was in a crevice and was OK. He had concussion and a broken collarbone,” Peter says.

It was only after helping Jarrod that Peter realised he was not in a good way. It turned out Peter had fractured three vertebrae in his back and had broken ribs. The two were flown to the Royal Adelaide Hospital for treatment.

“My brother was coming behind in the truck and when he saw us lying together on the ground and only saw our feet sticking out, he thought the worst. It was really good when we heard the Flying Doctor was on the way. It really set our minds at ease,” Peter says. 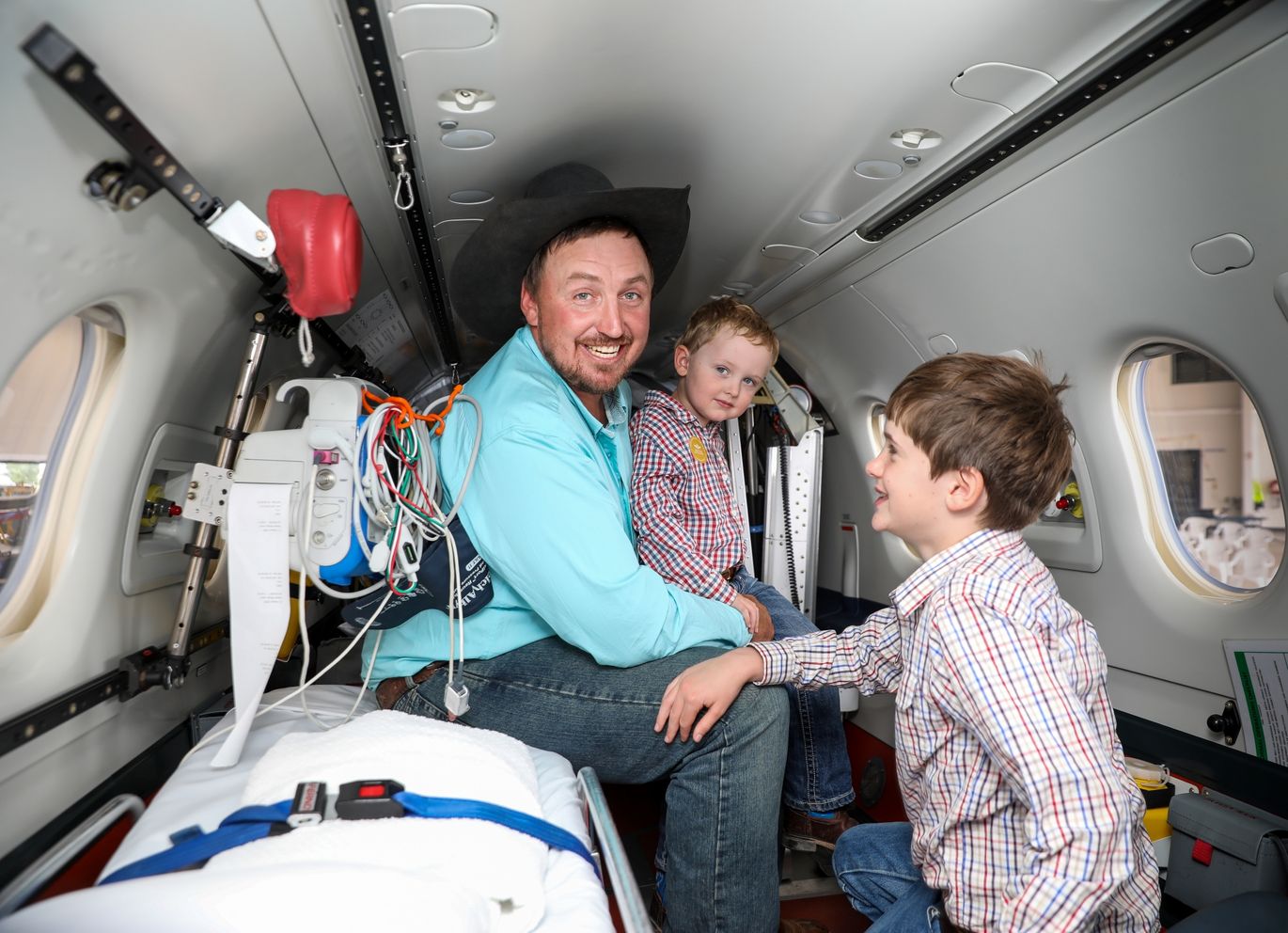 Clifton Hills Station also has a RFDS Medical Chest so Flying Doctor crew can help those living on the station treat injuries or illnesses over the telephone. The Nunn family recently used the Medical Chest to treat a burn on son Beau’s leg.

“It’s just good peace of mind knowing they are there. We’re pretty isolated and when the Flying Doctor comes out, it feels a little less isolated,” Peter says.

“When you live out here, you know two things for sure – the summer’s going to be hot and the Flying Doctor will come when you call them.”